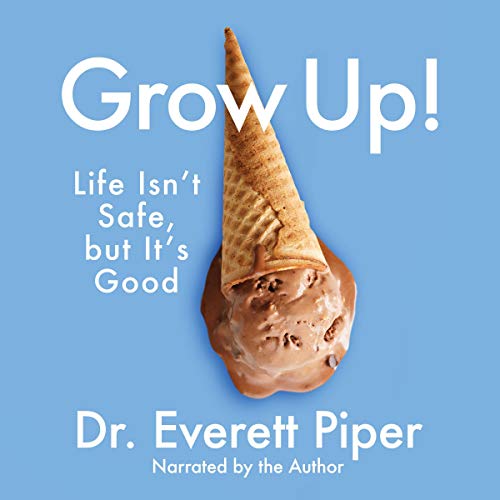 "The “snowflake” generation has graduated, and they are taking root across our nation.

The “snowflake” rebellion and its juvenile temper tantrums are far from over. As the pampered and bubble-wrapped adolescents of Berkeley and Brown graduate, petulant progressivism is taking root in our nation’s corporations, courts, and even our Congress. A simple glance at the daily news reveals we now stand on the cliff of a cultural crisis where vitriol has replaced virtue, identity politics trump principle, character no longer matters, and elected leaders act more like spoiled children than mature adults.

In Grow Up, the nearly two-decades-long president of Oklahoma Wesleyan University and the national best-selling author of Not a Day Care, Dr. Everett Piper, presents common-sense solutions to the lunacy Americans face on the news, in the classroom, and from the mouths of elected officials in a powerful reminder that in the end, civilization relies on adults.

What listeners say about Grow Up

Great and important book for these trying times in our country! Planning to listen to it again.

Dr. Piper Tells It Like It Is. Great American patriot. A must read, as are all his books.