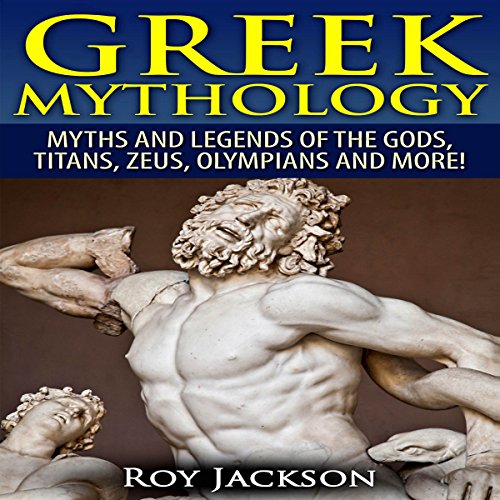 Myths and Legends of the Gods, Titans, Zeus, Olympians and More!
By: Roy Jackson
Narrated by: Jason Zenobia
Length: 2 hrs and 16 mins
Categories: Classics, Greek & Roman
4 out of 5 stars 3.8 (4 ratings)

Learn the classics! Gain the wisdom from ancient Greek myths!

What did the ancient Greeks know about the deep reaches of history? What happened long ago when stories were the only means of transmitting knowledge and wisdom? When you download Greek Mythology, you'll learn the ancient Greek creation myths and how the world developed afterward. You'll meet the Titans, the Olympians, and the heroes.

How did the world begin? What did the ancient Greeks know about the very beginning of time? Greek Mythology teaches you how the primordial forces of nature came into being out of Chaos. You'll learn about famous names like Gaia, Erebus, Eros, Nyx, and Tartarus.

Who were the Titans? The Olympians? The heroes? How did they interact with each other and the people of the Earth? This book helps you understand it all, from Titans like Cronus and Phoebe to Olympians like Zeus and Athena to heroes like Jason and Atatlanta. All together, you'll learn the stories of over 30 characters of Greek mythology!

Take a walk back in time!

i loved it. but the strange stories make me feel confused. these people had total different paradigm. are we different or more evolved from them?