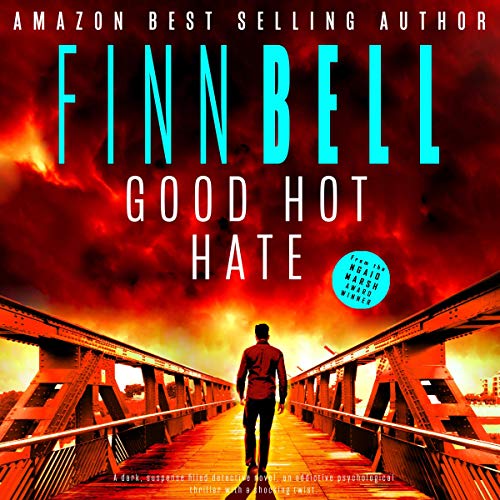 By: Finn Bell
Narrated by: Joshua Macrae
Try for $0.00

How far would you go for those you truly, dearly hate?

When an innocent family is taken hostage in their home, no one is prepared for how fast it all goes terribly wrong. With the small community of Lawrence still reeling from shock, detectives Nick Cooper and Tobe White stand among the dead bodies knowing it's not over.

Relief that the two young daughters have survived quickly turns to fear for their missing father, somehow impossibly vanishing from a house surrounded by police.

The mystery deepens as Nick and Tobe realize they know every gunman lying dead here - up to last night they were the leaders of the biggest criminal gang in the country. The desperate search and rescue efforts soon collide with their own challenging investigation into a deeper, older tragedy.

Where they begin to learn just how far someone will go for those he truly, dearly hates.

The critically acclaimed police procedural from award-winning Amazon best-selling author Finn Bell. A must-listen for fans of Kylie Brant’s Pretty Girls Dancing, Taylor Adams’ No Exit, and Karin Slaughter’s The Good Daughter. This is a dark, graphic pulp thriller and a gritty hard-boiled noir set against the backdrop of the harsh and unforgiving underworld of organized crime.