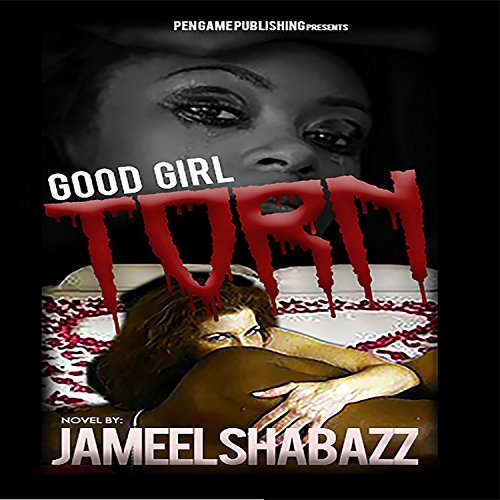 Trapped in cupid's web, Erika fought to shed no more tears over another failed relationship. She wanted more.

Grieving over his own heartbroken issues, David held grudges, and was content with keeping women away from his heart. He desired less.

Now, as time provided new opportunities in Erika and David lives, they crossed paths and embraced the desires to trust again. Love became the challenged, but lingering in the shadows, a young white female had a different agenda. She wanted the man.

Frustrated, and unwilling to accept the challenge of letting the best female win, Erika vanished, and the drama began. She had enough.

Who is the narrator?

The narration is HORRIBLE!! She is not ethnic enough to read this story. She makes the story sound like corny white voices trying to be black. Can't even listen to it. Shabazz should have interviewed this Person.

What could Jameel Shabazz have done to make this a more enjoyable book for you?

Get a more ethnic voice to deliver the story

Would you be willing to try another one of Gayle S Berg’s performances?

What character would you cut from Good Girl Torn 1?

DON'T WASTE YOUR TIME OR CREDIT

What would have made Good Girl Torn 1 better?

THE STORY? WAS DRY , THE CHARACTERS WERE STUPID,
THE VOICE OVER ... WAS ABSOLUTELY THE WORST.
I AM NOT BEING FUNNY NOR AM I TRYING TO BE. I LOVE AUDIBLE BUT THIS IS NOT WORTH IT

What was most disappointing about Jameel Shabazz’s story?

Who would you have cast as narrator instead of Gayle S Berg?

I enjoyed this story written by Jameel Shabazz. I have. ever heard of this author before but I'll be looking forward to listening to the second story of it will be available on Audible. I do think the author should've made the story more realistic. I get falling in love but not after one day. I look forward to the next story though a d see if the author takes a different approach, different than this one.

Gayle S. Berg did a good job with telling this story. The narrator had no problems keeping me glued to this story from start to finish. I look forward to listening to other stories Gayle has done.
I received this audio at no charge from the author/narrator in exchange for an honest and unbiased review through Audiobook Blast.

No, just NO! Don't even think about it!

What the "duck" was this? A racist book or a racist narrator? This book is SO bad i can't stand it,. 4 hrs and 19 mins of my life i will NEVER get back, i am ANGRY at this book. Well i don't want to talk more about this book, so i am going to but some words for people: Just don't get this! Don't even think about it

A must listen too!

Where does Good Girl Torn 1 rank among all the audiobooks you’ve listened to so far?

What about Gayle S Berg’s performance did you like?

The enthusiasm of the narrator captures your imagination.