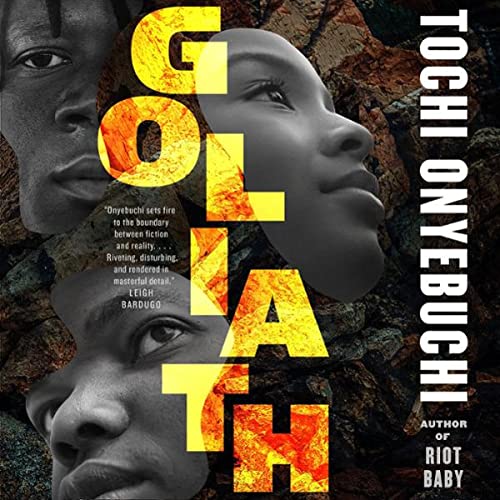 “Onyebuchi sets fire to the boundary between fiction and reality, and brings a crumbling city and an all too plausible future to vibrant life. Riveting, disturbing, and rendered in masterful detail.” (Leigh Bardugo)

Goliath explores the city of New Haven as a primal biblical epic flung into the future. What happens to the people who get pushed out?

A David and Jonathan story that throws listeners into the history and sins of the Connecticut metropolis, this ambitious, sprawling novel weaves together disparate narratives - a space-dweller looking at New Haven as a chance to reconnect with his spiraling lover; a group of civil servants attempting to renew the promises of Earth’s crumbling cities; a journalist attempting to capture the violence of the streets - into a richly urgent mosaic about race, class, gentrification, and who is allowed to be the hero of any history.

A Macmillan Audio production from Tordotcom

What listeners say about Goliath