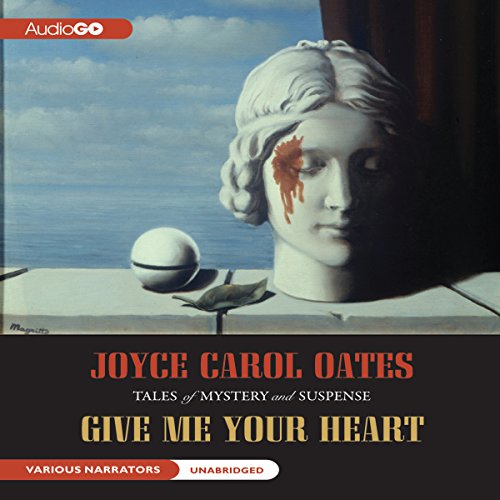 Give Me Your Heart

The need for love - obsessive, self-destructive, unpredictable - takes us to forbidden places, as in the chilling world of Give Me Your Heart, a new collection of stories by the inimitable Joyce Carol Oates. In the suspenseful "Strip Poker", a reckless adolescent girl must find a way of turning the tables on a gathering of increasingly threatening young men - can she "outplay" them? In "Smother!" a young woman's nightmare memory of childhood brings trouble on her professor mother - which of them will win? In "Split/Brain" a woman who has blundered into a lethal situation confronts the possibility of saving herself--will she take it? In "The First Husband", a jealous man discovers that his wife seems to have lied about her first marriage, and exacts a cruel revenge, years after the fact.

What listeners say about Give Me Your Heart

You have a scary mind, and you write stories that move me, make me wonder, and steal my sleep.

And thanks to all the wildly talented narrators, who all did the finest favor they could for a listener: they disappeared, and let me fall into the story.

Some of these stories are very good. A few are very disturbing. I am not entertained or educated by a story that tries to place me inside the mind of a pedophile child rapist and killer.