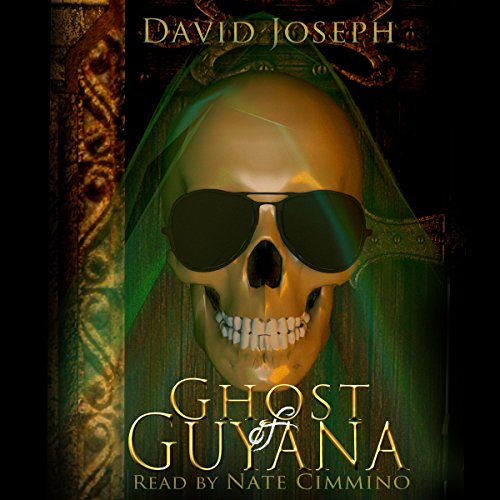 For many years, I wanted to write a story about the mass suicide in Jonestown, Guyana, particularly the role of the Air Force in airlifting the remains back to the United States. I refused to write about it because I thought anything connected with Jonestown should entail one sentence: Guyana was a horrible, horrible event, and the US military did gruesome things they should never, never had done.

But as time passed, the fact that I never wrote about Guyana became oddly disturbing. If you're a writer, the assimilation of experiences almost obliges you to write about them. So I wrote Ghost of Guyana.

Would you listen to Ghost of Guyana again? Why?

Yes, the story is an accounting of some of the gruesome tasks the U.S. military are involved with in off-the-wall places. I think the part of the audio when the helicopters first get to the jungle was accurate.

What was one of the most memorable moments of Ghost of Guyana?

When the soldiers put Mr. Muggs in a coffin. I researched Guyana and that actually happened!

Have you listened to any of Nate Cimmino’s other performances before? How does this one compare?

Yes, as always, Nate is awesome. I enjoyed Codename: Alps.

If you could rename Ghost of Guyana, what would you call it?

I wasn't sure what to expect with this release, but two men trying to exorcise Guyana's terrible past from military aeroplanes is a great mash up and inspired. It fills its 'novella' length well and doesn't outstay its welcome. Nate Cimmino is excellent as the narrator, really bringing the story to life.