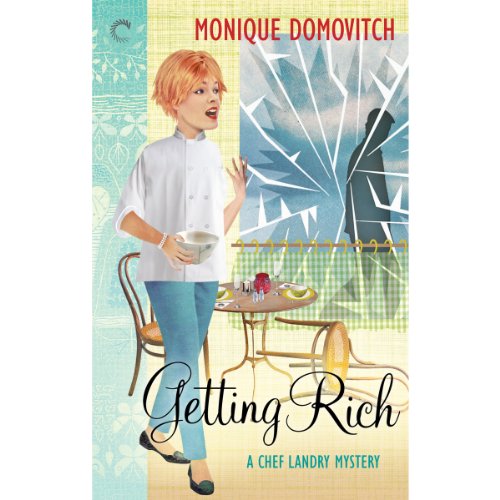 Chef Nicky Landry is more than co-owner of Skinny's; she's the low-cal eatery's #1 success story. (According to the billboards, anyway. She's gained most of the weight back...shh!) Now Nicky and her business partner, Toni, will be on national TV. They'll be rich. And famous! Which is great, though Nicky would really prefer if people didn't recognize her when she hits the fast-food shack.

Then one night a deranged woman threatens to kill her. The next thing Nicky knows, a crazy driver mistakes her for a speed bump, her boyfriend is acting strangely, Toni acquires a long-lost sister, and a mysterious fire at Skinny's leaves one dead.

Murder and mayhem weren't supposed to be on the menu. So Nicky and Toni start following clues, only to discover that people can be as deceiving as calorie counts, and danger is often closer than you think.

This was an enjoyable read. The characters are developing and seem like real people. The story has an easy going pace that keeps you drawn into the story. This is a great series and I look forward to reading the next book.