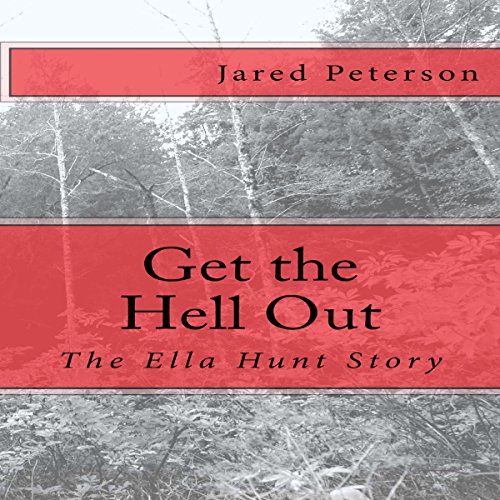 Get the Hell Out

Get the Hell Out

Jared Peterson was born in Hope, British Columbia. His doting parents envisioned the life of an accountant for their son, but Jared had other plans. Attending Cascade College in Portland, Oregon, he pursued a degree in Biblical Studies. After graduating, he worked as a youth minister in Los Angeles, California, and after that his path led him to work in El Paso, Texas.

Life in the Christian churches and his degree in theology were the catalyst for Jared to become intrigued by the darker side of religion, specifically demonology and possession. As he delved deeper into the abyss of Satan's playground, Jared broke with his faith. In this lost stage of his life he played a hand in teaching at a small Christian school, only then to become an EMT. In time his passion for teaching returned. He received his Texas Educator certificate and began molding the minds of middle school students teaching Reading and English.

Meanwhile, he didn't give up his obsession with demonology and immersed himself in all demons, devils, and occult. Soon haunted by nightmares, Jared decided to put his thoughts down on paper.

Whatever it was that led Jared to break from his church; his path to deal with this break of faith begins with this cathartic audiobook. An audiobook that follows a young girl's story of getting caught up in the evil web of Satan via the Ouija board and learns what happens when you open yourself up to evil.

While fleeing the indiscretions of her father, Ella and her mother move to a small mountain town. Keeping their old life a secret, they soon discover this town has secrets of its own. After years of healing from the loss of a son, Get the Hell Out begins with the Hunt family being torn apart. Ella gets her own Ouija board and begins dabbling with the devil in the secrecy of her own room. Things go terribly wrong and she seeks the help of Madame Sasha.

I have 1200 audio books BY FAR WORST narrator ever

OMG this lady needs to find another career. I would do a better job and trust me when I say that is saying allot. I would not even like her reading children's books. She's THAT BAD. No emotions, dull, monotone and I swear I checked twice to make certain I wasn't listening in slow mo. Nope just the worlds worst narrator. Seriously 1200+ audio books (no tv for me I listen to books) and I can honestly say this lady was the absolute worst! The author turned me off from the beginning as well. He spends a huge amount of time telling people not to give away the book, download extra copies, if you want to give it to someone purchase another copy blah blah blah. What little bit that I listened to wasn't bottom of the barrel just so so. Husband does the unthinkable, wife & daughter move away to small mountain town for a fresh start. Every word out of the mother's mouth to her 15 year old daughter is honey, sweetie, sweetheart, baby and munchkin......yes she calls her 15 year old munchkin. No wonder she plays with a ouja board lol. Don't wast your time. You'll be cringing. The printed copy may be worth it but audio................NO!

2 of 5 people found this review helpful

Not happy about the ending. Kind of left me hanging.

Pick up the pace a bit, beginning was painfully slow ... the end left me hanging

What aspect of Roni Gallimore’s performance would you have changed?

It was a little bit confusing and almost lost interest listening to this audiobook. I'm glad I didn't stop and listened till the end. All in all it was good listening while driving.