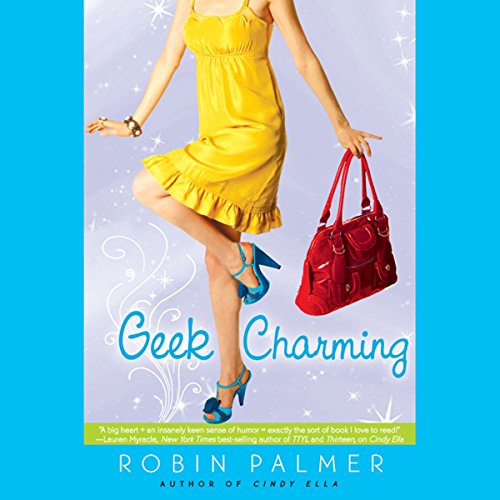 By: Robin Palmer
Narrated by: Jessica Almasy
Try for $0.00

Dylan Shoenfield is the princess of L.A.'s posh Castle Heights High. She has the coolest boyfriend, the most popular friends, and a brand-new "it" bag that everyone covets. But when she accidentally tosses her bag into a fountain, this princess comes face-to-face with her own personal frog: self-professed film geek Josh Rosen.

In return for rescuing Dylan's bag, Josh convinces Dylan to let him film her for his documentary on high-school popularity. Reluctantly, Dylan lets F-list Josh into her A-list world, and is shocked to realize that sometimes nerds can be pretty cool. But when Dylan's so-called prince charming of a boyfriend dumps her flat, her life - and her social status - come to a crashing halt. Can Dylan, with Josh's help, pull the pieces together to create her own happily-ever-after?

What listeners say about Geek Charming

though I didn't see the ending coming I certainly enjoyed the story so much m and the narrator is Excellent , Recommended story