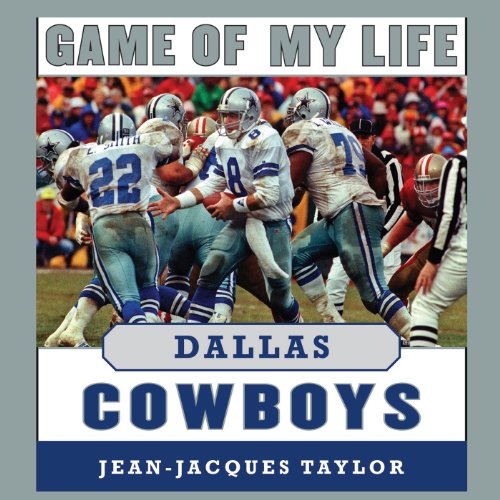 Game of My Life: Dallas Cowboys

Game of My Life: Dallas Cowboys

Game of My Life: Dallas Cowboys takes you inside the most memorable game of 24 players and of head Coach Jimmy Johnson that earned each of them a place in the history and lore of America’s Team. Each chapter provides colorful detail on the player’s favorite game and its significance to the history of one of the world’s most recognized franchises.

Learn how these men joined the Cowboys fraternity. Recount with them the mood of the team and of each player leading up to his memorable moment and his thoughts on the game - told in his own words - as well as how his career fared and what he is doing today. Listen to Hall of Fame running back Tony Dorsett describe how he almost missed the game in which he turned in the most prolific performance of his career; and learn how Emmitt Smith, the NFL’s all-time leading rusher, learned to play with pain and how that helped him lead Dallas to a division-clinching win over the New York Giants despite a dislocated shoulder. Hall of Fame quarterback Roger Staubach talks about his frustration with Coach Tom Landry shuffling him in and out of the lineup, and Hall of Fame defensive tackle Randy White remembers the transition from college to the NFL.

More about players than what they had to say

Has Game of My Life: Dallas Cowboys turned you off from other books in this genre?

Have you listened to any of David Deboy’s other performances before? How does this one compare?

Was Game of My Life: Dallas Cowboys worth the listening time?