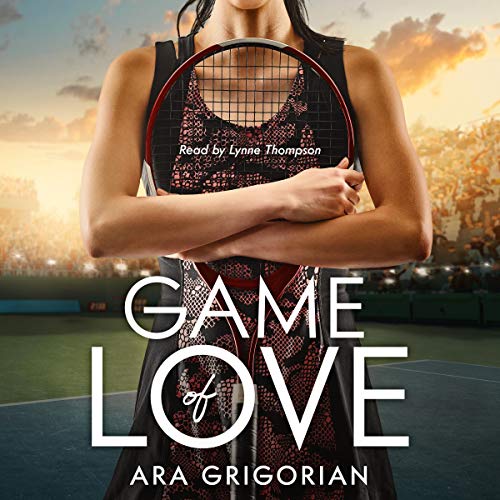 By: Ara Grigorian
Narrated by: Lynne Thompson
Try for $0.00

Winner of Outstanding Romance - 2016, IAN Book of the Year awards

In the game of love, winner takes all.

Gemma Lennon has spent nearly all of her 21 years focused on one thing: winning a Grand Slam. After a disastrous and very public scandal and subsequent loss at the Australian Open, Gemma is now laser-focused on winning the French Open. Nothing, and no one, will derail her shot at winning until a heated chance encounter with brilliant and sexy Andre Reyes threatens to throw her off her game.

Breaking her own rules, Gemma begins a whirlwind romance with Andre who shows her that love and a life off the court might be the real prize. With him, she learns to trust and love at precisely the worst time in her career. The pressure from her home country, fans, and even the Prime Minister to be the first British woman to win in nearly four decades weighs heavily. As Wimbledon begins, fabricated and sensationalized news about them spreads, fueling the paparazzi, and hurting her performance.

Now, she must reconsider everything because in the high-stakes game of love, anyone can be the enemy within...even lovers and even friends.

What listeners say about Game of Love

I enjoyed the book from start to finish!
The subject was interesting!
The action was suspenseful!