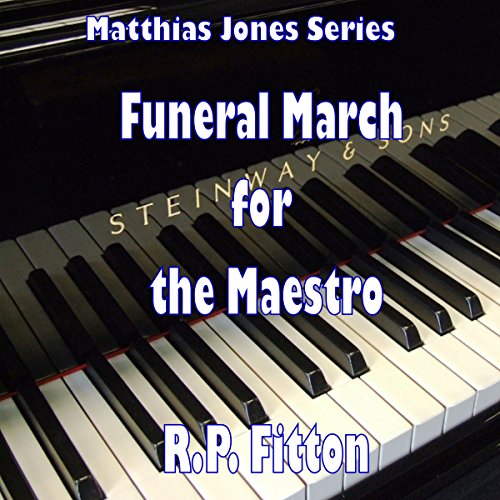 Funeral March for the Maestro

Funeral March for the Maestro

His father was an investigator who was murdered. Matthias Jones became an athlete and coach, but he solved his father's murder. Hamilton College, on the coast of New Hampshire, hired him to coach sports, but getting into murder investigations remains his passion. He knows the cops and the district attorney, Herbert Lane, hate his guts. He's best buds with Cocoa Stefani, a major underworld character and a good friend of parish priest Father Jim Gallagher. Jones' persistence gains him the upper hand over the cops and the DA - and the murderer.

In Funeral March for the Maestro, the conductor of the Prince William Symphony is murdered with a single bullet, yet two shots were fired - a minute apart. Beloved coach Lark Larsen has tested positive for firing a gun. With the help of the wacky locals in Hamilton, New Hampshire, Matthias Jones zeroes in on the real murderer - someone who knew the maestro very well.