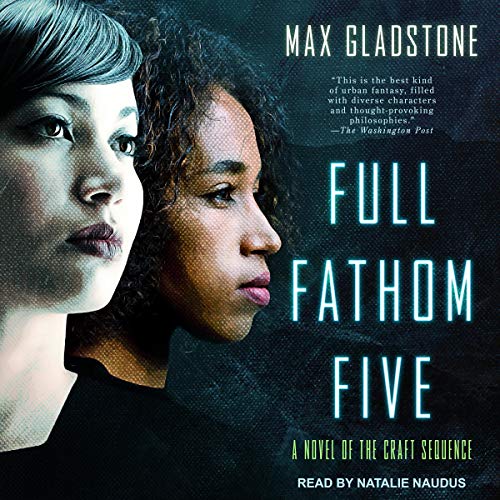 By: Max Gladstone
Narrated by: Natalie Naudus
Try for $0.00

On the island of Kavekana, Priestess Kai builds gods to order - sort of. Kai's creations are perfect vehicles for Craftsmen and Craftswomen operating in the Old World. For beyond the ocean, true deities still thrive, untouched by the God Wars that transformed the city-states of Alt Coulumb and Dresediel Lex.

When Kai tries to save a friend's dying idol, she's gravely injured - then sidelined from the business, her near-suicidal rescue attempt offered up as proof of her instability. But when Kai gets tired of hearing her boss, her coworkers, and her ex-boyfriend call her crazy and digs into the cause of the idol's death, she uncovers a conspiracy of silence and fear that will break her if she can't break it first.

Set in a phenomenally built world in which lawyers ride lightning bolts, souls are currency, and cities are powered by the remains of fallen gods, Max Gladstone's Craft Sequence introduces listeners to a modern fantasy landscape and an epic struggle to build a just society.

The first book in the series was excellent. The second book was good but the third book falls between the two.

while I loved the previous books in this series, this book felt like novela featuring cameos of previous characters. Development of the main character was lacking, as if being transgender was all that defined her.

Gladstone reaches within for something remarkable here. In his retelling of modernity, he takes us to the richness and depths of Hawaii.

World-building like Ursula Le Guin and Ian M Banks, the sparseness of detective and legal thrillers, and the ethics of re-making gender are all brought wonderfully together.

I’ve been waiting for the Audio version and it was so glorious that it was hard to pause whenever it became time to work.