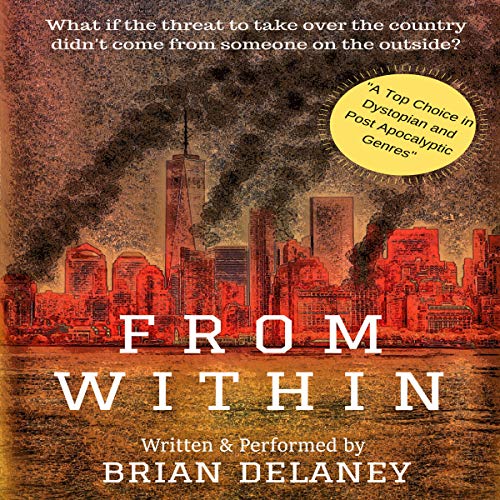 In 2036, America's favorite newsman, Marcus Braden, becomes realistic with the American people about the never-ending poor state of the American economy. Marcus's bosses aren't pleased with his decision. Eventually, his warnings come to fruition. A government-created corporation, the Central Management Authority, takes over every major industry, including the Worldwide News Link, Marcus's employer. He is quickly recruited to join the opposition against the hijacking of the country. The country immediately spirals out of control into a violent, riotous firestorm. Financial markets crash to rock-bottom.

Will Richards is a young man living in a small town in the mountains of California. He's a bit of a prepper and outdoorsman. When the world is turned upside down, Will, his mother, his girlfriend, and her family join together and aim to survive off the land. Will now has to navigate this new life and come to terms with what's required to survive.

Will's world takes an even greater chaotic turn when well-known newscaster Marcus Braden enters his life. They must now join together in a race against the clock that will either end in America's survival or demise.

What listeners say about From Within

The Government is Taking Over!

To me, this is very relevant to the turmoil going on in the USA right now. It does remind me of conspiracy theories I've heard. There are a lot of interesting things that the author incorporates into this book. I think the angle of using a News Reporter as one of the main characters was a pretty unique feature.

One thing that surprised me is that the whole story takes place 15-20 years from now but the level of technology isn't as advanced as I think it should have been for that time period. For example, USB/thumb drives are quickly becoming a thing of the past but one made an appearance in this book? It would be the equivalent of using a floppy disk/cassette tape in today's time.

Interestingly, the author was also the narrator. I was actually impressed! I think there were a couple of character voice inconsistencies between character inner dialogue and outer dialogue; however, it didn't take away from the quality of the story. I thought it was an excellent performance and reeled me in just as much as the writing.

The story was pretty good but could hardly get through the narration. It was nail scratching! Would much rather hear Kevin Pierce or the like. Authors should just hire a professional for such an important roll in forwarding their works.

Liked the story, liked the characters, good suspense. This book would make a great movie.