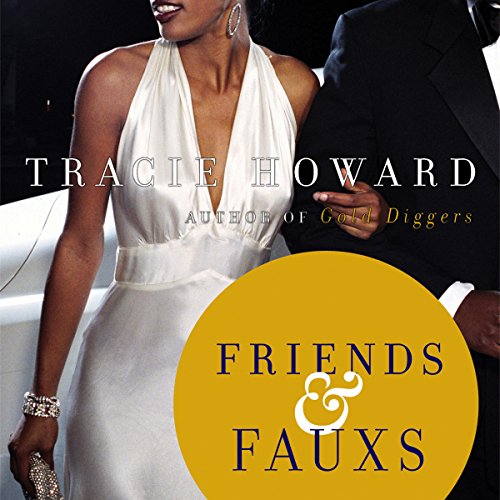 By: Tracie Howard
Narrated by: Bahni Turpin
Try for $0.00

Tracie Howard is back with all of the Gucci, glitz, and glamour in this steamy follow-up to her smash hit Gold Diggers!

Gillian Tillman learned all about landing a wealthy man from her globe-trotting mother, Imelda, but this second-generation gold digger has a style all her own. With big dreams of becoming a huge star, she slept her way right into the million-dollar mansion of her now-husband, star producer Brandon Russell. He not only launched Gillian's film career, but landed her the starring and Oscar-nominated role in the hit film Gold Diggers.

But all that glitters may not be gold. Gillian wrestles with the real possibility that Brandon may be a mob-connected money launderer and, worse yet, may have had a hand in the murder of her friend Paulette. When pictures of her naked surface on the internet, both Gillian's Oscar dreams and her marriage are threatened, even though she swears they aren't of her.

Meanwhile her best friends are struggling with issues of their own. Reese's beloved son falls ill, and she's forced to decide between spilling a long-kept secret and saving his life, and Lauren's hard-won happiness is threatened by a shocking betrayal.

Buckle your seatbelt as the lives of these larger-than-life characters intersect in a wild, pause-resisting romp.

"Tracie Howard whips up a potent mix of social climbing and sin in Friends & Fauxs... [A] tantalizing peek behind Hollywood's velvet ropes." ( Essence)

What listeners say about Friends & Fauxs

OMG I literally hated to stop listening. I loved this book. So much drama and many surprises. This has become one of my favorites & as usual Bahni Turpin nails it. She really is great. She brings this one & each one she narrates to life & makes you feel as if your right in the center of it all,