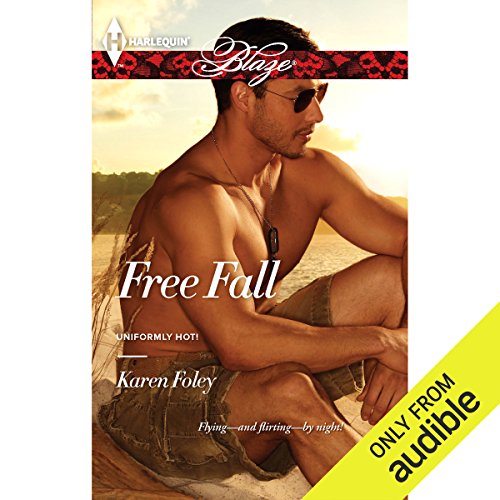 By: Karen Foley
Narrated by: Annie Green
Try for $0.00

Being stationed at a naval base on Whidbey Island is a dream come true for Navy pilot Jack Callahan. But when a late-night encounter on a beach with a stunning woman turns scorchin' hot, Jack's dream starts resembling an X-rated fantasy….

Three weeks in her hometown is nothing short of torture for photographer Maggie Copeland. The town hasn't forgotten she was dumped at the altar by an aviator, and neither has she—until her naughty rendezvous with the oh-so-scrumptious stranger! But then Maggie learns that Jack is a pilot. Can she resist the force of their sexual chemistry…or will she find herself falling for another flyboy?

What listeners say about Free Fall