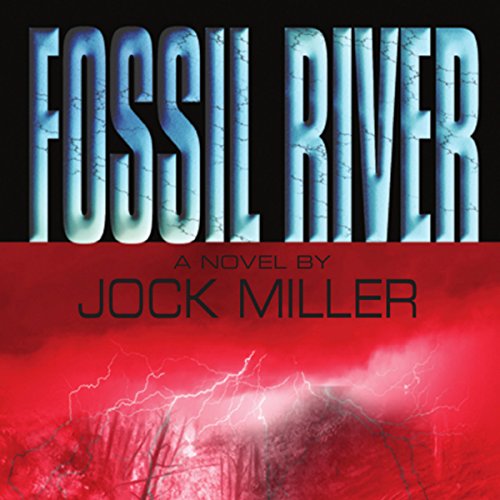 Fossil fuel has an ageless affinity with dinosaurs. To create oil, dinosaurs died. Now, in this riveting action thriller, the tables are turning!

The perfect energy storm is sweeping over the United States, and the nation's Strategic Oil Supply is riding on empty. As the energy storm intensifies, the nation's access to Arab oil, once supplying over sixty percent of our fossil fuel, is being threatened causing citizens to panic for lack of gas at the pumps, stranding cars across the country and inciting riots. The United States must find new sources of domestic fossil fuel urgently or face an energy crisis that will plunge the nation into a deep depression, much worse than that of 1929.

At the last moment of desperation, the U.S. discovers the world's largest fossil fuel deposit, in a remote mountain range revealed by glacier thaw within Alaska's Noatak National Preserve surrounding six and a half million acres. Preventing access to the oil is a colony of living fossil dinosaurs that will protect its territory to the death. In preliminary civilian and military scouts, nobody gets out alive; nobody can identify the predator - until Dr. Kimberly Fulton, Curator of Paleontology at New York's Museum of Natural History, is flown into the nearly-inaccessible area by Scott Chandler, the Marine veteran helicopter pilot who's the Park's Manager of Wildlife. After page after compelling page of non-stop action, all hell breaks loose when Fulton's teenage son and his girlfriend vanish into the Park. Will the nation's military be jeopardized for lack of mobility fuel, and will Americans nationwide run out of gas and be stranded, or will the U.S. Marines succeed in penetrating this remote mountain range in northwestern Alaska to restore fossil fuel supplies in time to save the nation from the worst energy catastrophe in recorded history?