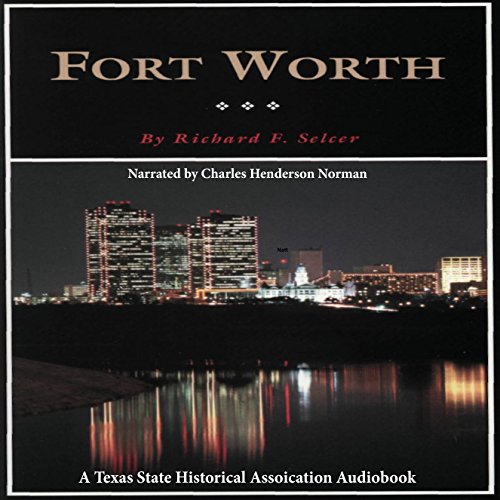 Fort Worth has been called The City Where the West Begins, Cowtown, and the silent partner in the Dallas/Fort Worth Metroplex. None of these descriptions quite tells the story of this city and its people. Since its founding in the mid nineteenth-century as a military outpost, Fort Worth has gone through many phases - cattle, oil, aviation, and tourist. The little village on the Trinity has grown up to become a global city that is a melting pot of economic forces and diverse cultures.

At its most basic, Fort Worth's history is the story of leadership, of how men and women of vision built a flourishing community at a river crossing on the north Texas plains. Through troubled times - the 1850s, the Civil War, the 1930s, the 1970s - the leadership kept its eye on the future. The city pulled itself through the down times - and put itself on the map - by visionary projects like the railroad, the Spring Palace, the Stockyards, Camp Bowie, the Bomber Plant, and Sundance Square. This book helps to put a modern face on Fort Worth, move it out of the shadow of Dallas, and place it firmly in the twenty-first century.

Loved This History of My Hometown

"Fort Worth" was such a terrific listen. I learned about some of the older history of my hometown that I didn't know. My family goes back several gens in this area. There were many firsts, many fails, and many lessons learned but Ft. Worth has come a long way baby. The city is a gem. It has everything and this audiobook covers much of it.

I love the Stockyards and it hasn't changed much. It's a historical district and has become pretty attractive for tourism. There is literally everything to do there. I think this is a must listen to for anyone interested in history, old west history, Texas history, Ft. Worth history or just to learn about one of the most resilient cities on the map. Such great work by Richard F. Selcer. I hope he does more books like this one. I would be interested in other cities histories as well but this one is home.

I especially enjoyed Charles Henderson Norman's narration of this audiobook. He speaks clearly, keeps a perfect pace, and has a nice tone and quality in his voice. A really, really great job.