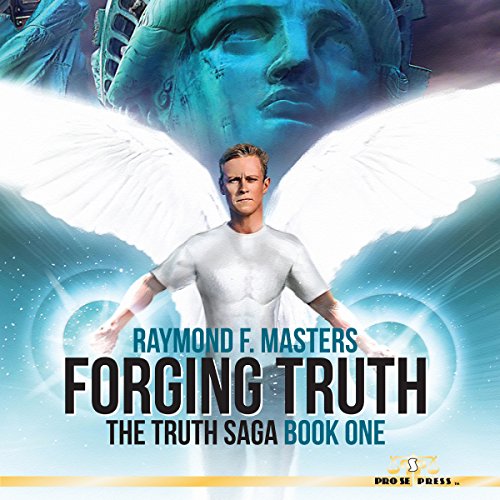 Liberty Is Gone, But Truth Remains

Kade Truth awakens in a strange house sideways of reality, where he learns he has "died" in a mysterious attack on the Statue of Liberty. Rather than facing the afterlife, he now wields energy powers, including flight. Kade joins and befriends Caduceus - eccentric caretaker, magician, and feeder of soup - and Mao F'Yang - an intoxicating girl with the uncanny ability to disappear - in a quest to regain his memories, uncover who is behind the attack, and discover why he has been so drastically altered.

In a counter to Kade's mission, the malign Dark Monk joins forces with Richard Van Parson - arrogant CEO of VPI - to forward his own hellish agenda under the ruse of a retaliatory war. What ties does the Dark Monk have with Caduceus? What designs does he have for Kade? And will Kade unravel the truth in time to embrace his true destiny?

What listeners say about Forging Truth