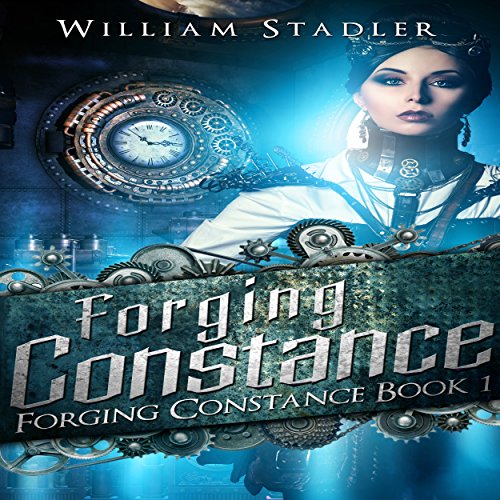 In a greasy, dustbowl world where men are murdered in the streets and where kidnappers sell children to the highest bidders, Aduro - the god of flames - demands justice. And he will reap his justice through his Intercessors - Intercessors like siblings Constance and Hyek Revaria who follow his teachings to the letter.

Whenever injustices arise, Reapings are routine, except when a mysterious letter shows up at Constance's door. Believing the letter to be their next objective, Constance opens the envelope to find that she is wrong. Instead, it appears to be from an unknown source, requesting a secret meeting with her and her brother.

Skeptical but intrigued, the two of them agree to meet on a far hill near the top of the city. But when a rustic, blond-haired engineer with a shotgun and his well-built, enhanced comrade, step out of two gyrocopters, that's when Constance and Hyek realize that these two men are looking for more than just a casual conversation.

Neglecting to get involved with these men, Constance and Hyek find themselves snatched into a world of gears and grease and enhancements and steam and petticoats - a world that if they aren't careful, might just cost them their lives.