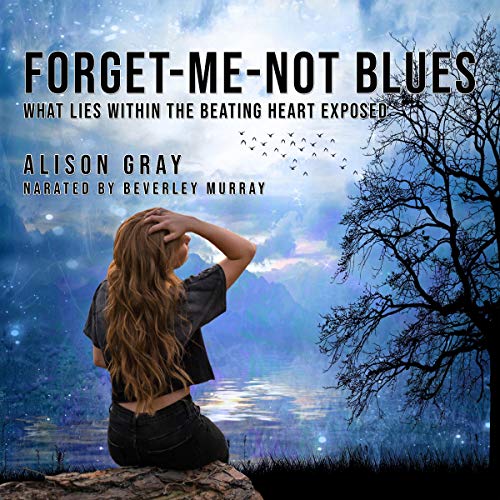 Forget-me-not Blues: What Lies Within the Beating Heart Exposed

By: Alison Gray
Narrated by: Beverley Murray
Try for $0.00

A body washes up on a beach on a Greek island. Two women at a retreat on the island discover the body early one morning before their yoga session. They are both required to give witness statements to the police but both women are hiding something.

DS Abby Foulkes is back in Greece to investigate the murder of a friend in the late 1990s. She was invited back by Lieutenant Angelo Christofis whom she met whilst holidaying on Skiathos in 2014. But he's recently had a baby and she senses there's something wrong. She hasn't been able to get in touch with him and finds herself all alone in Greece, on another island following up a lead, outside his jurisdiction. Cast adrift, she must keep all her wits about her while she investigates old and new crimes at the same time.

What listeners say about Forget-me-not Blues: What Lies Within the Beating Heart Exposed

Wonderful conclusion to a great series.

This is the 3rd Book in this Mystery series and it did not disappoint.It kept up the high caliber of the previous two books and
continued to be very entertaining.

Without discussing the plot it includes a group of strong characters and a well crafted story,The Narrator kept the performance
at the same high standard as the previous Books.

I loved this series! Full of twist and turns in the plot. I was given this free review copy audio book at my request and have voluntarily left this review.

I love this series and now I'm waiting for more!

These books just get better and better. I have really enjoyed the whole Abby Foulkes Mysteries Series of books. If you like a good CSI styled thriller then these are most definitely for you! I would caution the weak stomached readers as she does get into detail with the descriptions. The mystery keeps you guessing throughout - I love all the twists and turns the stories take, she grabs you and putting it down becomes the challenge. My only problem now is waiting for the next in the series.... hopefully coming soon. :)

“Abby is a unique character that is strong yet weak, emotional without being outwardly emotional, and overall complex. I highly recommend reading the first two books before delving into this one just to get a grip on Abby and who she is.”


"I was voluntarily provided this review copy audiobook at no charge by the author, publisher and/or narrator."

This is book 3 in this series. DS Abby Foulkes is still in the grieving process after losing her life partner to an unsolved murder. She returns to Greece and goes undercover to help solve the circle bone murders that still remain unsolved since the first book in the series. She meets many possible suspects during her investigations as the plot twists and turns. A bit of romance is thrown in for extra measure. I was given this free review copy audiobook at my request and have voluntarily left this review.

Wow!!! Alison Gray did it again with this wonderful standalone listen that brings one back to Greece. DS Abby Foulkes is back on Greece investigating some bone circles. This book has suspense, danger, chilling scenes, romance, love found, love lost and action. The descriptions were very vivid and I could visualize so much. I really loved how the author wove characters from the first two books into this one, but did not make it necessary to be familiar with those stories. This book is a British mystery and therefore some words are different for Americans, but easy to follow. I requested this review copy audiobook and have voluntarily written this review. Beverley Murray did a great performance with this book. Her voice added to the enjoyment of the book. I will definitely listen to more by both author and narrator.

Love and betrayal, love found and love lost. An emotionally charged tale of murder and mystery!

I was provided this audiobook at no charge by the author, narrator or publisher in exchange for an unbiased review via audiobookboom com.

Edge of My Seat

This was an excellent story and felt that this could have been a sequel to Book 1 since there was so many more references, than in Book 2. The author did such a great job with building up the plot and love how she incorporated characters from Book 1 and also brings some closure to the events in Book 1 in Skiathos. I would have loved it if there was one more chapter in regards to Abby and Lt. Angelo Christofis and their "little secret"...who knows, maybe there will be a Book 4 :-)

Good continuation of the Abby Foulkes Series. It's an interesting mystery that has some good twists and turns and good narration as well. This book was given to me for free at my request and I provided this voluntary review.

This is book 3 in the Abby Foulkes Mysteries. I have listened to book 1 and 2 and enjoyed them. This book is a great read. If you have not read books 1 and 2 it will not be a problem this book would work as a stand alone book. Beverley Murrary does a wonderful job of narrating this book. I was gifted this book with the understanding that I would leave an honest review.