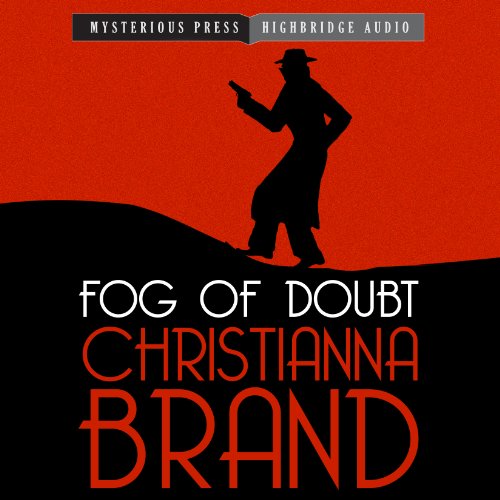 By: Christianna Brand
Narrated by: Robin Sachs
Try for $0.00

Few were disappointed when Raoul Vernet was found with his head bashed in, dead in a pool of his own blood. On vacation in England, the Belgian seducer comes to visit Matilda, an old flame from a few years before. She agrees despite suspicions that Vernet has been deploying his legendary charm on another member of the family: young Rosie, who has returned from her Swiss boarding school carrying a child.

None of the family members were in the house when Raoul was killed, but all were within a fog-choked London mile. Rosie calls in the brilliant Inspector Cockrill to clear the family's name, but what he finds is a twisted clan of seven people, each as likely to laugh at a murder as commit one.

"A mystery in the classic Christie-Carr-Queen manner...an outstanding tour de force." ( New York Times)
" Fog of Doubt is superbly tricky and meticulously deceptive; it is a classic suspense tale to be read slowly and reread often." ( The Guardian)

What listeners say about Fog of Doubt

I think 5 star ratings should be rare

This is the rare 5 star book we are all looking for. The story, writing, and narrator on the audio all get 5 stars. Listen to it twice and you will really appreciate how everything fits together.