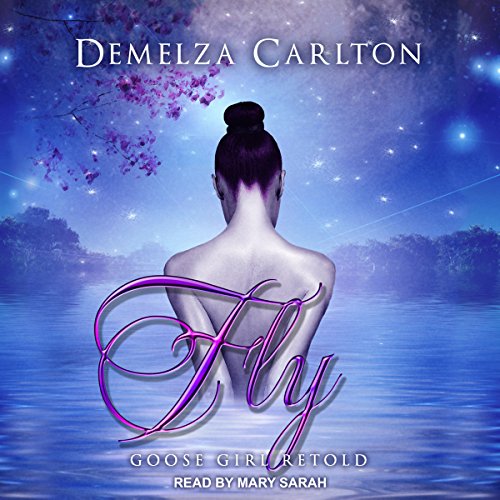 Two princesses. One prince. And the war has just begun. Once upon a time...Princess Ava was sent to a neighboring kingdom as a lady-in-waiting to her sister, their future queen. Until a runaway horse, a case of amnesia, and a cold-hearted king conspire to bring her to the prince's attention. Now the prince believes Ava is his bride, and her sister is just a serving maid. One thing is certain: the prince must marry one of the princesses, or there will be war. But when all's fair in love and war...who will win the battle for the prince's heart?

I've always enjoyed fairy tale retellings. This was a story in which I wasn't overly familiar with the original tale, but it was still a very enjoyable story to listen to. the narrator did a fantastic job of keeping each of the characters portrayed distinct from each other, so there was never any confusion as to who was supposed to be speaking at any given time. And the story held my interest throughout this audiobook. I do hope to listen or read more tales by Ms. Carleton in the future.

This is an excellent story, well told by narrator Mary Sarah. I've recently reread the original story, so it was interesting to hear the parts of that tale that the author had chosen to use, those she had chosen to change, and the wholly new parts of her own. I also liked noting those characters from the author's other fairytales who popped up, like Princess Bianca (from Revel, the 12 Dancing Princesses tale) - it's become almost like a game for me now, with all the stories I've read and listened to!
Overall then, an excellent audiobook if you like adult fairytale retellings. With just the right amount of romance, magic and storytelling, it's the perfect book to read or listen to, whether you're going to bed, doing housework, driving, or in any other situation. And whilst it's a great standalone story, you'll really enjoy it as part of the series - and they're all brilliant, so it's no hardship to read or listen to them!