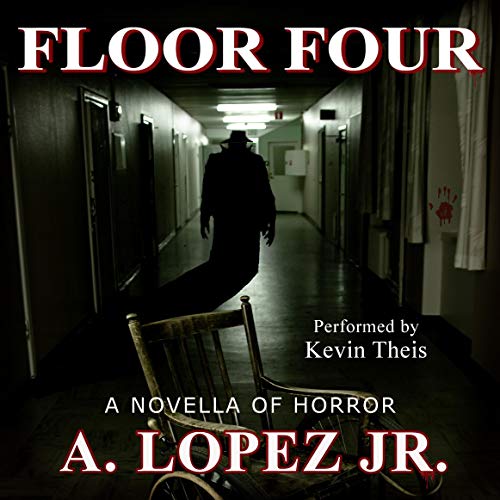 By: A. Lopez Jr.
Narrated by: Kevin Theis
Free with a 30-day trial

An old abandoned hospital haunted by the ghost of a serial killer. A group of friends too curious for their own good. An old man hiding a secret.

The old and vacant Saint Vincent Hospital is said to be haunted by the ghost of David Henry Coleman, the notorious serial killer known as The Mangler. Coleman died on the fourth floor after being shot by police. For Brandon and his friends, their curiosity gets the best of them as they explore the dark halls despite "Old Man" Jake’s warnings. No one knows of Jake’s past connection to the serial killer and the hospital.

Now, on the anniversary of The Mangler’s death, a group of high school kids are planning a private party on the haunted fourth floor. Jake must keep everyone out and protect them from the true evil that lurks on Floor Four, while Brandon falls deeper into the Mangler’s supernatural world.

If you like your scares with a twist of The Twilight Zone, then you’ll love Floor Four’s take on the supernatural.

What listeners say about Floor Four

A flashlight-under-the-chin story like we scared each other with around the campfire. Very well read.

This book took me to another place called psychiatric ability
I did not really need to read this book
As for memorization
I could not believe how
excellent this book
Took its read, very painful