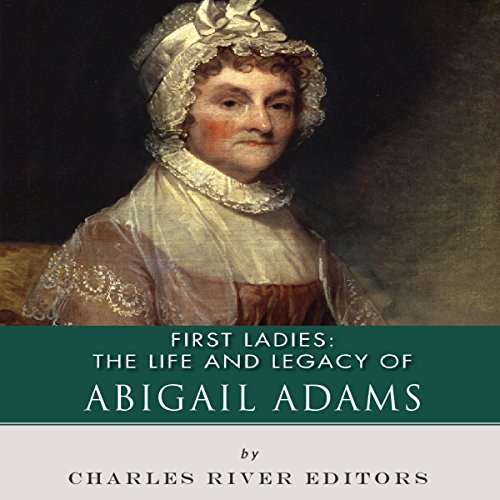 First Ladies: The Life and Legacy of Abigail Adams

First Ladies: The Life and Legacy of Abigail Adams

"Remember the ladies, and be more generous and favorable to them than your ancestors. Do not put such unlimited power into the hands of the husbands." - Abigail Adams

American presidents have shaped the course of global affairs for generations. But as the saying goes, behind every great man there's a great woman. While the first ladies often remain overshadowed by their husbands, some have carved unique niches in their time and left their own lasting legacy. Dolley Madison helped establish the role of the first lady in the early 1800s, Eleanor Roosevelt gave voice to policy issues in a way that made her a forerunner of first ladies like Hillary Clinton, and Jackie Kennedy created glamorous trends that made her more popular than her husband. In Charles River Editors' First Ladies series, listeners can get caught up on the lives and legacies of America's most famous first ladies in the time it takes to finish a commute. And they can do so while learning interesting facts long forgotten or never known.

Eleanor Roosevelt and Hillary Clinton may have been the most politically active first ladies in American history, but Abigail Adams was the first to act as political advisor for her husband and the first to be dubbed "Mrs. President". Indeed, Abigail was politically inclined to a degree that was highly unusual among women of the 18th and 19th century. She had originally impressed her future husband John because she was so well-versed in poetry, philosophy, and politics. Abigail was also very progressive, championing women's rights and abolition long before they became widely held views even in traditionally liberal Massachusetts.