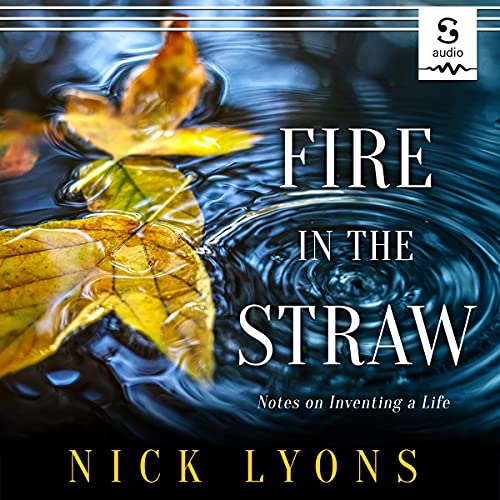 Fire in the Straw

By: Nick Lyons
Narrated by: Larry Belling
Try for $0.00

Fire in the Straw is the witty and deeply felt memoir of Nick Lyons, a man with an intrepid desire to reinvent himself - which he does, over and over.

Nick Lyons shape shifts from reluctant student and graduate of the Wharton School, to English professor, to husband of a fiercely committed painter, to ghost writer, to famous fly fisherman and award-winning author, to father and then grandfather, to executive editor at a large book publishing company, and finally to founder and publisher of his own successful independent press.

Written with the same warm and earthy voice that has enthralled tens of thousands of fly-fishing fanatics, Nick weaves the disparate chapters of his life: from the moment his widowed mother drops him off at a grim boarding school at the age of five, where he spends three lonely and confusing years; to his love of basketball and pride playing for Penn; to the tumultuous period, in the army and after, when he found and was transformed by literature; to his marriage to Mari, his great love and anchor of his life.

Suddenly, with a PhD in hand and four children, Nick embarks on a complex and thrilling ride, juggling family, fishing, teaching, writing, and publishing, the wolf always at his door. Against all odds, The Lyons Press survives, his children prosper, his wife’s art flourishes, and his books and articles make him a household name. Fire in the Straw is a love story, a confessional, and a beautiful big-hearted memoir.

What listeners say about Fire in the Straw