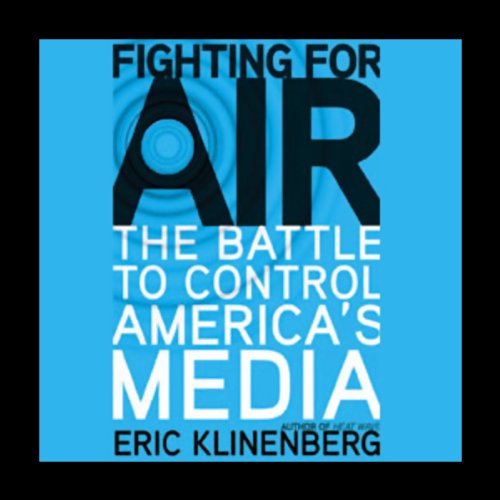 By: Eric Klinenberg
Narrated by: Tom Weiner
Try for $0.00

For the residents of Minot, North Dakota, Clear Channel Communications is synonymous with disaster. Early in the morning of January 18, 2002, a train derailment sent a cloud of poisonous gas drifting toward the small town. Minot's fire and rescue departments attempted to reach Clear Channel, which owned and operated all six local commercial radio stations, to warn residents of the approaching threat. But in the age of canned programming and virtual DJs, there was no one in the conglomerate's studio to take the call. The people of Minot were taken unawares. The result: one death and more than 1,000 injuries.

Opening with the story of the Minot tragedy, Eric Klinenberg's Fighting for Air takes us into the world of preprogrammed radio shows, empty television news stations, and copycat newspapers to show how corporate ownership and control of local media has remade American political and cultural life. Klinenberg argues that the demise of truly local media stems from the federal government's malign neglect, as the agencies charged with ensuring diversity and open competition have ceded control to the very conglomerates that consistently undermine these values and goals.

"Eric Klinenberg has given us a chilling report on how the American news media, increasingly concentrated, have made a mockery of the commitment to operate 'in the public interest, convenience, and necessity.'" (Daniel Schorr, senior news analyst for National Public Radio)

What listeners say about Fighting for Air