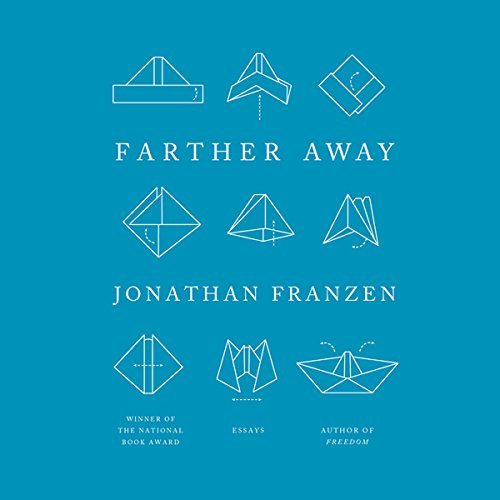 Jonathan Franzen’s Freedom was the runaway most-discussed novel of 2010, an ambitious and searching engagement with life in America in the 21st century. In The New York Times Book Review, Sam Tanenhaus proclaimed it “a masterpiece of American fiction” and lauded its illumination, “through the steady radiance of its author’s profound moral intelligence, [of] the world we thought we knew.”

In Farther Away, which gathers together essays and speeches written mostly in the past five years, Franzen returns with renewed vigor to the themes, both human and literary, that have long preoccupied him. Whether recounting his violent encounter with bird poachers in Cyprus, examining his mixed feelings about the suicide of his friend and rival David Foster Wallace, or offering a moving and witty take on the ways that technology has changed how people express their love, these pieces deliver on Franzen’s implicit promise to conceal nothing. On a trip to China to see first-hand the environmental devastation there, he doesn’t omit mention of his excitement and awe at the pace of China’s economic development; the trip becomes a journey out of his own prejudice and moral condemnation. Taken together, these essays trace the progress of unique and mature mind wrestling with itself, with literature, and with some of the most important issues of our day. Farther Away is remarkable, provocative, and necessary.

What listeners say about Farther Away

The second reader of FARTHER AWAY does not have a voice suited for a literary text. His voice sounds like Rod Serling or some cowboy story narrator, not like an author of serious reflective essays about literature. He sounds like the Marlboro Man. He reads too fast and without knowledge, including how to pronounce the names of other authors correctly. His words can be understood but the pace is so 'off' one essay sometimes ends and a new one is begun without him even pausing for a breath. You just suddenly realize the topic has changed.

That said, I enjoyed the essays themselves enough to purchase a hard copy of the book so that I could read it at my own pace and reread things that needed my own reflection. But I would not have needed to do that if the second reader had been more appropriately chosen.

Not as good as his fiction

I am a fan of Franzen's fiction, but this book of essays wasn't really for me. I wish there was an abridged version that was full of the main ideas that were found in quotes and passages. But his nonfiction stories and reviews were not nearly as enjoyable as his fictional prose.