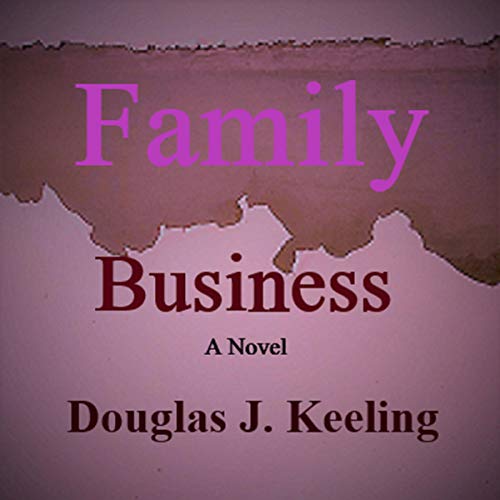 Douglas J. Keeling "staked out his territory with a fresh and provocative eye" (Birch Lane Press) with his first novel A Case of Innocence, which Kirkus Reviews called a "follow-in-the-golden-age-footsteps-of-Spade-and-Marlow first novel, with nice, sardonic touches-a strong start", and Publisher's Weekly dubbed it "an amusing entry in the tough-private-eye genre".

In his new novel Family Business, Keeling takes on a timely and controversial subject with which he is intimately familiar to weave a tale that is both intriguing and impactful, as seen through the eyes of new character Luke Kelsey.

Lucas Kelsey, a Kansas City attorney whose comfortable but relatively mundane legal practice centers around adoption cases, finds his world turned upside down when he discovers the body of a murdered four-year-old girl in his office. Never in his wildest dreams could he imagine how the case would come to involve him and then pull him into a vortex where past meets present.

As Kelsey tries to protect his family from the killer while unraveling the mystery, he is forced to confront issues from his own life that surface unexpectedly in connection with the murder, leading to a stunning, dramatic conclusion.

In this fast-paced thriller, Keeling draws on his unique knowledge of the worlds of law and adoption and his roots in hard-boiled detective fiction to pen a study in crime and human drama as complex as it is compelling.

What listeners say about Family Business

"Family Business" (2002, 2020) by Douglas J. Keeling is an interesting novel about an adoption attorney who discovers the body of a murdered, four-year-old girl left in his office. As the police conduct an investigation, the lawyer receives threatening messages he believes are from the killer. The first-person story moves along well, although some of the main character’s introspection could have been shorter. Narrator Lee David Foreman’s husky voice held my interest. At my request, I was given this free audiobook and have voluntarily left this review.