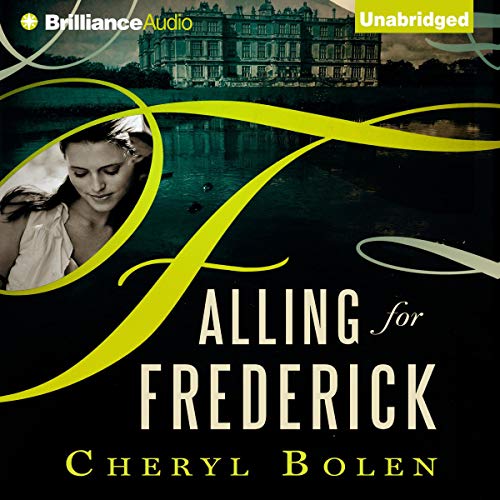 By: Cheryl Bolen
Narrated by: Amy McFadden
Try for $0.00

Her second day doing doctoral research in the basement archives of Siddley Hall, England’s grandest Tudor home, American Antonia Townley finds the hall’s curator - with a knife plunged into his chest. Police suspect Antonia of being the killer because of two insignificant - to her - reasons, the first being the pesky matter of her fingerprints on the murder weapon. Then there is the unfortunate e-mail she had sent to her sister, saying she would kill for the curator’s job.

Hunky bachelor Frederick Percy, Lord Rockford of Siddley Hall, learns that the curator was on the trail of the Percy family monstrance, the most valuable monstrance in England before Henry VIII’s Dissolution. It had been believed that the family melted the gold and redistributed the monstrance’s jewels after the Dissolution. Frederick becomes convinced that the curator’s death is tied to the priceless artifact, and that finding it before the killer does can free Antonia from suspicion of murder. More importantly, Frederick vows to protect the beautiful scholar against the menacing forces working against her.

As Frederick and Antonia crisscross England seeking information on the Percy Monstrance, it becomes clear that someone is stalking her every move. She hopes to God Frederick’s not behind these threats, because she’s pretty sure she’s falling in love with him.

What listeners say about Falling for Frederick

Intrigue and the Monstrance/Hidden Catholics

If you could sum up Falling for Frederick in three words, what would they be?

What other book might you compare Falling for Frederick to and why?

In some ways it reminds me of a Dan brown Thriller, in that it traces a lost symbol or artifact of religion, but no to the extent that it delves into religion. As the persecuted Catholic families of England hid, they hid their artifacts as well. This book is a treasure hunt across England to find such a treasure.

Which character – as performed by Amy McFadden – was your favorite?

Antonia was my favorite character. It was fun to follow her adventure, be there in her research and look for the monstrance. Her research in the archives, manor houses and libraries of Europe is wonderful.

The story make you think, ponder and consider the possibilities. very enjoyable.

A wonderful reading adventure that keeps you thinking.

This book had potential, but never quite reached it. I've enjoyed many of the author's other books, but this book lacked maturity. The heroine was too young and too American for the decidedly British hero. The narrator did a good job with what she had.

Overall I was disappointed. Poor plot.

The premise of this story sounded good. However it didn't quite work. I had a few issues with the storyline itself, so I'll start there.

I'll start with the plot holes: There was the lack of police procedure. The womans laptop is shown as being looked through for evidence, yet the police leave it to be stolen? I highly doubt that's procedure. Same with the laptop that belonged to the murder victim.

Then there was the way emails were talked about as if they could only be accessed by the person's personal computers. I don't know about you, but my email account can be logged into from any computer!

I'm sure there were more plot holes, but those are the ones that stuck out like a sore thumb for me.

Then there is the overall story. It turns out not to be one thing or another. Is it a thriller, or is it a romance? The thriller part doesn't work for me for the reasons mentioned above. The romance doesn't work because honesty there are huge amounts of time spent comparing 'perfect teeth', and 'straight noses'. With that happening it rapidly becomes boring and repetitive. So much so that I ended up forwarding the story just to check who was to blame for the murders. I guessed that easily as well. Again, not enough plotline to stop you from guessing who the bad guys were. It was pretty obvious.

Then there was at least one factual error. These always put me off faster than any poor storyline. Like I said I ended up fast forwarding to the end of the story, so there could have been more. For an author who has either spent time in the UK, or researched the UK, they talked about the American not wanting to drive in the UK because of being on the wrong side of the road - and because they never grasped the concept of kilometres - seriously? You got something as basic as the way the UK measures its driving distance and speeds wrong? The UK use the same measurements as the US. Always has used miles and mph! If the woman had been Canadian then I might have understood the comment. There were a lot of things that had been got right, but it only takes one major mistake to ruin the whole thing.

That concludes the worst of the storyline issues I had.

Onto performance. Actually, to start with I really wasn't sure about the narrator. I'm used to hearing American narrators so that wasn't the problem. I'm still not sure quite what it was about the narrator's voice that bugged me, but I was surprised to find I warmed to her. Like many Americans, the English accent wasn't terribly good. But the reverse is also true. Very few British actors/actresses can manage a decent American accent. With that in mind, I knew it would be unfair to be critical of that problem. Overall the narrator was the one thing that saved the story for me, and kept me listening long after I would have normally given up!