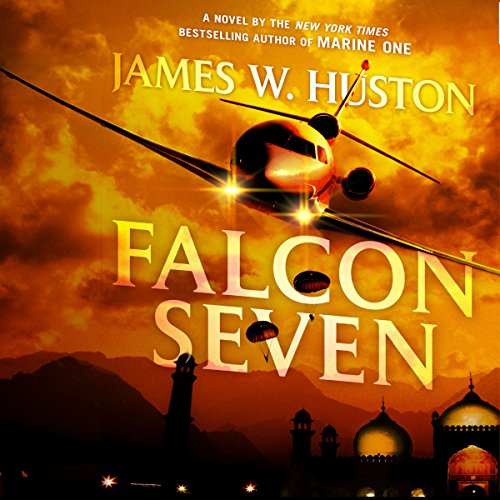 A U.S. Navy F/A-18 flying over Afghanistan is suddenly diverted and ordered to bomb a building in Pakistan, where a meeting between al Qaeda and the Taliban is taking place. After destroying their target, the fighter jet is immediately hit by Stinger missiles and the pilots eject over Pakistan. They are captured, assaulted, and dragged through the streets of Peshawar. The world is on edge. The fliers are quickly forced onto a secret Falcon jet headed for the Netherlands, where they’ll stand trial for war crimes at the International Criminal Court. The building they hit was actually a medical post constructed by Europeans for Afghan refugees - and 65 innocent people were killed.

It’s up to Washington criminal-defense lawyer and former Navy SEAL Jack Caskey to defend the two navy officers and get to the bottom on what is beginning to seem like an orchestrated event. The National Security Council pushes President Obama to employ the act passed under George W. Bush that authorizes the use of force to extract Americans held by the International Criminal Court. While the president initially approves a special operations team to grab the Americans, he later withdraws to cooperate with the ICC. Already fighting a losing battle for his clients, an outraged Caskey works with his contacts in the shadowy world of special operations and CIA operatives to free his clients himself...or help them battle through an international show trial and face imprisonment - for life.

What listeners say about Falcon Seven

This is a very intelligently written mystery/legal drama novel. James Huston does a phenomenal job with character and story line development in this international legal thriller. Scott Sowers adds to the intrigue of this novel with his accents and variable intensity of his voice as he reads this captivating story. Simply one of the best audio books I've listened to.

Not as good as Marine One

I really enjoyed Marine One, so I thought I would enjoy Falcon Seven.

Not so much. I found the story more than a bit implausible (not that this is an insurmountable problem, but an impediment to enjoyment), but much worse I found the characters kind of wooden.

I hate the Europeans and the internationalists as much as any red-blooded American, but even I don't think they would stoop as low as they do in this story.

I willingly suspend disbelief all the time, but this story went more than a bit too far for my taste.

The author is a navy pilot turned lawyer in an international firm. His familiarity with the issues of the story come out lound an clear and make the story sound like it could happen. It is the story of 2 navy pilots shot down over Aghanistan who are immediately captured and tried the International Criminal Court for war crimes. The story takes place in the present and President Obama is portrayed as willing to let the trial proceed even though the US never signed the treaty establishing the ICC and does not recgonize the ICC authority. The story then revolves around the real American Service Protection Act which specifically grants the President authority to use any force to rescue American service members held the ICC.

The key character is Jack Caskey who is a younger version of Admirial Chegwidden from the JAG tv show. Navy Seal, lawyer, patriot and willing to break a few rules to save Americans.

If you don't mind a story that casts the current administration as one who refuses to step and save it's service men then you will find the story very entertaining.

I'm still "reading" this book but am not sure how many times I've turned it off because of the reader. There is absolutely NO variety in his tone; it's almost as though he shouts through the entire book. He does a poor job of playing other characters as well; the two female characters I've encountered sound no different than any of the others.

That said, I think I'm becoming a Huston fan but the jury's still out.

Much better than I thought it would be!

Very good legal thriller with a military backdrop. Remenicisnt of the Brian Haig books without Drummonds great humor though. Some sterotypes of contractors and SEALs. Personally, I was special ops when special ops weren't cool, and the SEALs while excellent, arent god, as the book makes them out to be. I'm not a lawyer but my bro is and it's pretty good in that regard. VERY up to date, Obama as president, etc.

I totally agree with Jerry's comment that the narrator sounds like he is shouting. I imagine some guy standing at a microphone for a press conference, you know about how loud and deliberate one would tend to speak in that situation; the whole book is read like that. Fun story, not perfect, but interesting.

Outstanding in all respects

Would you consider the audio edition of Falcon Seven to be better than the print version?

Which character – as performed by Scott Sowers – was your favorite?

Outstanding book, great plot, keeps moving, no slow parts. Narrator must be schizophrenic because he does the different characters, many with foreign accents, so well. I've listened to a lot of this type of book,and this one is at the top. The finale is extremely creative and satisfying. Best Huston book I've read yet.

Didn't even finish it. Had no clue that it was it Obama bashing book. regardless of my political views, I want to read fiction that has nothing to do with current politics. Two thumbs down. And, the story is weak and very predictable.

Could not stop listening to this book. James W. Huston sure can write them. Listen now.

Not quite as good as Marine One, but definitely keep my attention and was not the ending I expected.