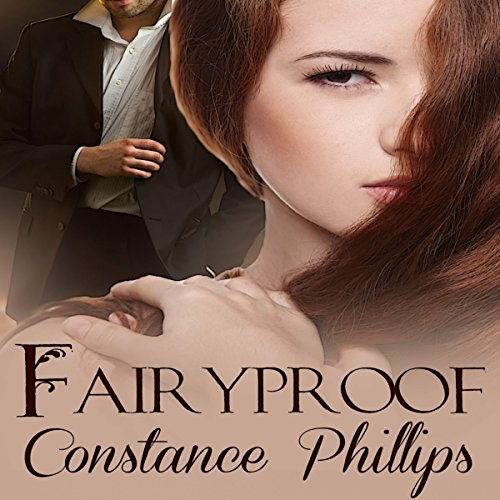 When Monique finds out her brother, Kieran, is planning her future with the one fairy she wants nothing to do with, she seeks refuge in the human world. Now Kieran fears she will be the next victim in a string of murdered fairies and is determined to bring her home. Hiding should be a breeze. She can control any human with a flirtatious smile and an attraction spell. Until she meets Daniel Elliot, the only human who's immune to both. A year ago, Daniel's fiancée disappeared with the engagement ring, an Elliot family heirloom. He's ready to move forward with his life, but his mother's obsession with retrieving the ring makes that impossible. Then Monique walks into his office to apply for a job. Daniel and Monique can't deny their attraction, but will the reason he's Fairyproof be too much to overcome?

I am clearly not on the same page as other reviewers of this book. It was all over the place. There are just too many characters to follow and not enough build to make you care about them. I usually enjoy a mixed narrative, but the multiple POV did not flow smoothly.

I really loved the concept, it just did not come through in my opinion. From the start the story drags, it takes a long time to get to the major plot points. By then I just could not care about the characters. Monique was not my kind of gal, while she was sassy, she tried to rest too much on her fairy sex power. Kieran, might care about his sister, but he seems to be more about his own interests. Daniel appears to be a nice guy, but he just did not excite me.

Unfortunately, I listened to the audiobook narrated by Kellie Kamryn, she just did not do it for me this book. She has a nice pace and decent voices. The major issue is the quality of the recording. There is a background noise that makes it sound like she is miles away for me the microphone. It makes it very difficult to enjoy this book.

The combination of poor production quality and slow story, made this a less than stellar read. I was so disappointed because the blurb and cover held such promise. Maybe this would have been a different review if I had read it instead of listening.

Disclosure – I received this audiobook in exchange for an honest review. All thoughts opinions and ratings are my own.

*** If you found this review at all helpful, please take a moment to let me know. I love reading and sharing my opinions with other readers. I listen at double speed, all my impressions of the narration are from that setting. Thanks for taking the time to read my review! You can see more audiobook reviews on my blog Eargasms Audiobook Reviews ***