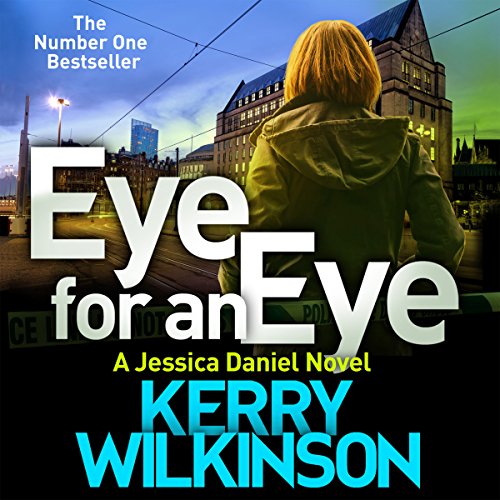 Eye for an Eye

By: Kerry Wilkinson
Narrated by: Becky Hindley
Try for $0.00

In best-selling crime author Kerry Wilkinson's Eye for an Eye, DI Jessica Daniel is tasked with multiple investigations while facing demons from her past.

Seventeen years ago, Damian Walker abducted five women because the voices in his head told him to. Now he has been declared sane and is about to be released back onto Manchester's streets with a new identity.

But within hours, there is another attack similar to his previous ones. Walker has proof it's not him - but is he reliable, and, if so, who is trying to frame him?

DI Jessica Daniel and her chief are given a parallel task to the main investigation: keep an eye on Walker - but that's not all Jessica has to do.

Rock star Blaine Banner is playing a series of homecoming gigs but is convinced someone's trying to kill him while a bride-to-be is picketing the police station, demanding someone finds her missing fiancé.

All the while, faces from Jessica's past are watching and waiting. Someone wants a word....

What listeners say about Eye for an Eye

Right from the first page I was gripped. Great plots. I couldn't wait to get back to the world of Jessica as much as I could. Made me laugh out loud in places. I'm quite disappointed that I came to the end. Hope it's not too long before the next installment of Jessica and longsight police station

Another great Jessica Daniels story. I love her. Such a good mix of new and old characters, introspection and action. Great narrator and laugh out loud moments

I listened to this book over a space of one day. It was thoroughly enjoyable and I just couldn't stop listening. Jessica is my favourite detective ever. Looking forward to the next installment

I really like the character of Jessica Daniels. Here, Wilkinson is back on form in delivering a satisfying read/listen, having failed for me in the previous book in the series. I would have given the story 3.5 stars if that were possible within the context of the best in crime fiction. Becky Hindley does her usually excellent job here. She was raised in West Lancashire and narrates an excellent Manchester accent.

I am enjoying this series, as I love a detective series. There is humour and drama in all the stories and shall be downloading the next straight away.

I have read all the others so far . This was my first audio in the series and I have to say I really enjoyed the narrator . I know these books are thrillers but on several occasions I did laugh out loud . I love the northern humour !

So frustrated with this one.

Well, I did enjoy this book. I love the characters and the story, overall, was good, however, it was factually incorrect regarding the whole release of a convicted murderer. Ok, so it's my job to know this stuff, so let me rant. He was released from a secure hospital and a Dr, all by himself, agreed his release. Never ever happened. The Parole Board would be responsible for making that decision. He was released to a random address with no licence in place, no additional licence conditions and no probation officer? Yet he had a tag on. Who authorised that? No one in the story had the authority. He would absolutely be serving a life sentence so without a shadow of a doubt would have a probation officer. He would go to an Approved Premises on release, not any old address and victim services would not be involved with him. The Government have a 'secret squirrel' service for people who need their identity protected and they, along with the probation service, MAPPA unit and various others, would sort it all out. Given his conviction he would be a MAPPA case so the involvement of the Police was all wrong in the book as was the whole ease of release and lack of statutory services etc.
For me, this ruined the book. I agree it makes a better story to have an unsupervised, dangerous man roaming free, but, it is so factually incorrect, I was embarrassed for the author.
Anyway, I'm still looking forward to the next installment and just hope that my soap box doesn't have to come out again!

cannot wait for next book

another brilliant book the twists and turns and back stories running through cannot wait for next book.