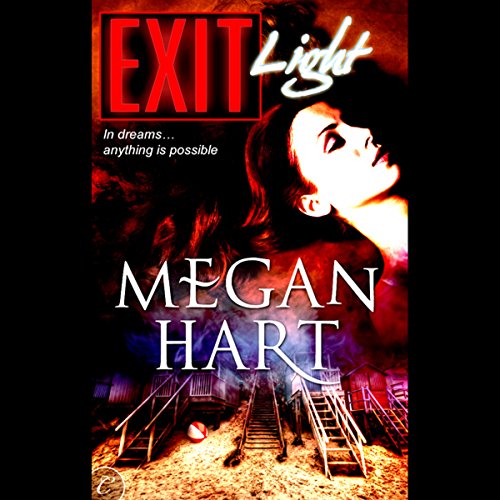 By: Megan Hart
Narrated by: Montana Chase
Try for $0.00

Tovah Connelly would rather be asleep than awake. Since her accident, she's become a shaper in the dream world, the Ephemeros, where she can manipulate places and people with just a thought. Tovah's friends there, Ben and Spider, encourage Tovah to develop her skills, but the one ability she doesn't want is to control the dreams of others - it's a power she's wary of, and a responsibility she's not ready for.

Nobody can sleep all the time, though, not if they want a waking life that bears a semblance of normalcy. And Tovah's waking life is vastly different from her dream life: she's rebuilding and regaining her sanity after nearly losing it in the accident's aftermath.

But when nightmares begin rocking the Ephemeros, Tovah's two worlds begin to collide. As those she cares about are threatened, Tovah may discover that the one responsibility she doesn't want is the only defense she has.

What listeners say about Exit Light

I have all of Megan Hart's audio books and love them ALL...but this one....TERRIBLE! I don't know if it was the story line or just that Megan isn't good at Science Fiction/Fantasy but what ever it is this book is terrible and would plead with anyone who is thinking about getting this book to buy something else...anything else.

Out of all the Megan Hart books available on audible this one is absolutely the worse. I felt it was seriously lacking something. I liked the whole control your dreams concept but not how the author went about it. And I found the ending to be really disappointing. The way the author ended the book was different from her usual happy endings. The only thing I really liked about this book was the narrator and I don’t plan on listening to it again.

Strangest book in a long tme.

What disappointed you about Exit Light?

writer got far away from the style the reader is use to.

Unknown at this time.

Would you listen to another book narrated by Montana Chase?

it cause me to wonder is this the kind of stuff people in a coma really deal with.