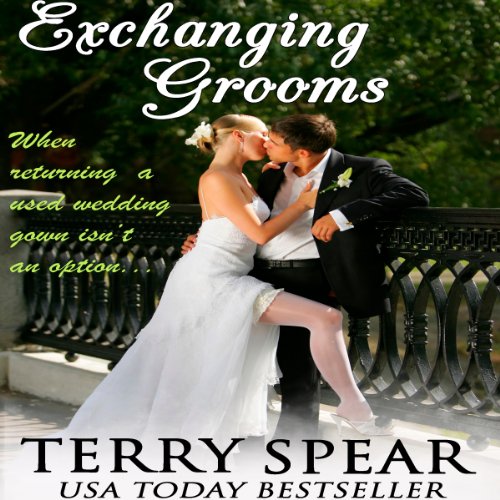 By: Terry Spear
Narrated by: Susan Silvey,Anne Marie
Try for $0.00

Lisa Robbins has only one mission - return her UNUSED wedding gown to the bridal shop, except the clerk says no. So what's a girl to do?

Peter Crawford is Dallas's most sought after unattached bachelor, after Pembrooke Hastings. Once Lisa Robbins dumps Pembrooke, why not go after confirmed bachelor number two? Certainly, Peter is all too willing to go along with the deal since he's dying to learn how Lisa Robbins hooked Pembrooke into a marriage proposal in the first place and why she left him standing at the altar. Now he has a chance to get back at his childhood enemy, except the vivacious heiress makes him rethink his bachelorhood in a hurry.

What listeners say about Exchanging Grooms