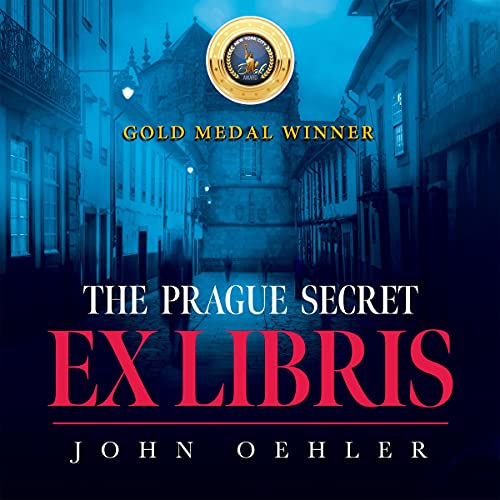 By: John Oehler
Narrated by: Matt Chittick
Try for $0.00

Washington, DC. Dan Lovel, a former agent with the US Diplomatic Security Service, now lives off the grid and makes his living recovering stolen art and destroying counterfeits. A week before Christmas, his former DSS boss delivers a cryptic request from Astrid Desmarais, a World Bank executive whose life Dan once saved. "Please meet me." With the note is a reservation for him at the Ritz Carlton on Grand Cayman Island. Intrigued, Dan meets her and learns that she wants him to steal four books from the locked collection of "forbidden books" in a monastery in Prague, so that she can use their information to identify art expropriated by Napoleon and return it to its rightful owners. Dan balks, but Astrid convinces him by playing on the atrocities his Gypsy and Jewish ancestors suffered in Nazi Germany. She then reveals there "might be" a fifth book, and her daughter Martine, who works in the Louvre, must accompany him.

Prague to Paris. Nothing goes as planned. Dan and Martine attempt the heist but are discovered in the monastery, then chased through some of Eastern Europe's darkest corners. With help where least expected, they make their way to Paris, where they discover that the fifth book reveals an earth-shattering secret - one that threatens global chaos and even nuclear war.

This is a story of massive deception, terror, and bravery. It is also a story of soul-searching choices and lives changed forever.

Listeners love the heart-stopping action and the characters - from Dan, whose Gypsy background proves vital, to Paulette the blind painter, to Jade the female assassin who has never failed.

What listeners say about Ex Libris