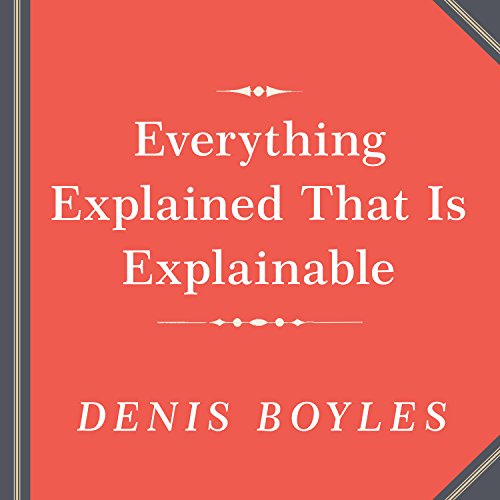 Everything Explained That Is Explainable

On the Creation of the Encyclopedia Britannica's Celebrated Eleventh Edition, 1910-1911
By: Denis Boyles
Narrated by: Corrie James
Length: 13 hrs and 21 mins
Categories: Nonfiction, Social Sciences
3 out of 5 stars 3.0 (3 ratings)

Everything Explained That Is Explainable

Denis Boyles tells the amazing story of this atlas of human brilliance, a massive 29-volume, 44 million word anthology of some of the best essays written in English. It is the story of how Horace Everett Hooper - a volatile, self-assured, impulsive, and optimistic American, an autodidact and natural-born salesman - got into the book business at age 16, moved to the Western frontier and on to Chicago, and became hugely successful. With a brilliant adman named Henry Haxton as his partner, he went about buying publishing rights to the Encyclopedia Britannica, a work incredibly distinguished by entries from Charles Darwin, Thomas Malthus, Sir Walter Scott, David Ricardo, William Hazlitt, and John Locke (some, like Benjamin Franklin's entry on electricity, extending back to the first edition published in Edinburgh in 1768). Incredibly distinguished, but selling only 600 copies a year in Britain in its ninth edition, the Encyclopedia Britannica was on the brink of financial collapse.

Denis Boyles tells a wonderful story of a business enterprise infused by a truly democratic desire to spread knowledge to the widest audience possible.

©2016 Denis Boyles. Recorded by arrangement with Knopf, an imprint of the Knopf Doubleday Publishing Group, a division of Penquin Random House LLC (P)2016 HighBridge, a division of Recorded Books