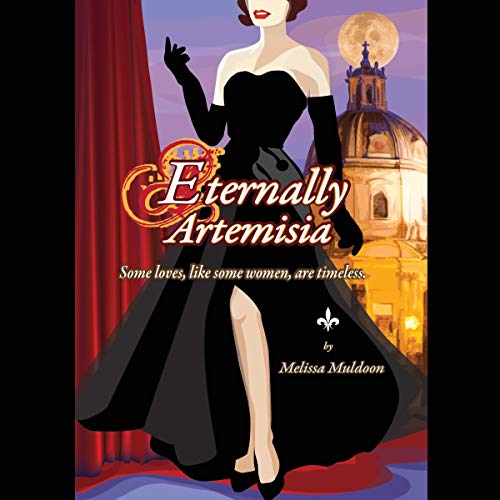 By: Melissa Muldoon
Narrated by: Katherine Madrona
Try for $0.00

They say some lovers travel through time and are fated to meet over and over again. For Maddie, an art therapist who wrestles with the “peculiar feeling” she has lived previous lives and is being called to Italy by voices that have left imprints on her soul, this idea is intriguing. Despite her best efforts, however, proof of this has always eluded her. That is, until one illuminating summer in Italy when Maddie’s previous existences start to bleed through into her current reality.

When she is introduced to the Crociani family - a noble clan with ties to the 17th-century Medici court that boasts of ancestors with colorful pasts - she finally meets the loves of her life. One is a romantic love, and another is a special kind of passion that only women share, strong amongst those who have suffered greatly, yet have triumphed despite it.

As Maddie's relationship develops with Artemisia Gentileschi - an artist, who in a time when it was unheard of to denounce a man for the crime of rape, did just that - Maddie discovers a kindred spirit and a role model, and just what women are capable of when united together.

In a journey that arcs back to biblical days and moves forward in time, Maddie encounters artists, dukes, designers, and movie stars, as well as baser and ignoble men. With Artemisia never far from her side, she proves that when we dare to take control of our lives and find the “thing” we are most passionate about, we are limitless and can touch the stars.

What listeners say about Eternally Artemisia

“Some loves, like some women, are eternal”. And some books are not like others. Weaving together stories of great artists and their students, Italian Renaissance politics, a love story which transcends time, and (just a little) science fiction. Like the women it portrays this novel è bellissima!

Eternally Artemisia is my first introduction to Melissa Muldoon’s books. After reading this one, it will not be the last. It starts in the United States with Maddie. She is in her forties and offered a chance to go overseas to work in Italy. In Italy, is where her journey really begins. She feels connected to the past here. She meets a local family that makes her learn about her past and herself. Eternally Artemisia is a pretty good read. I honestly was not sure what I thought of it at first. About a quarter of the way through, I was hooked and did not want to put the book down. I learned to love Maddie as she grew within the pages. I was intrigued in finding out who Artemisia Gentileschi was and the mystery surrounding her. I liked the mixture of suspense, adventure, and romance. I enjoyed some of the twists that I did not expect. It really is refreshing to not predict a story. The beautiful Italian setting is another plus. I had the pleasure of listening to the audio version of Eternally Artemisia. Katherine Madrona’s performance was fabulous and perfectly present the story the way it should have been. I enjoyed this version and thought she did a great job. I am giving Eternally Artemisia four and a half stars. Miss Muldoon has earned herself a new fan. I look forward to more books by her like this one in the near future. I would recommend Eternally Artemisia for readers who love well written stories full of love, intrigue, and mystery. This is most definitely not a book an avid reader would not want to to miss. I personally thought it was great! Well done, Miss Muldoon, well done! I received Eternally Artemisia from the publisher. This review is 100% my own honest opinion.