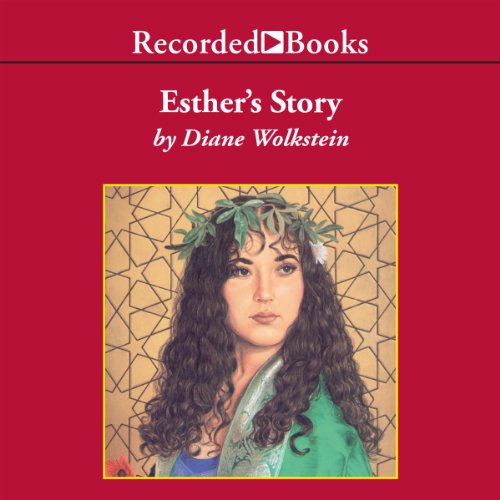 The beautiful young Esther has been chosen as queen by the king of Persia. Surrounded by servants, each day she wears gorgeous dresses and eats delicious foods in his luxurious court. Still, she remembers the promise made to her uncle when she was a child. She tells no one that she is Jewish. One day the prime minister, angry because Esther’s uncle does not bow to him, arranges a decree ordering all Jews to be killed. Will Esther find the courage to stand up for her people, even if it means revealing her religion to the king?

Diane Wolkstein is an internationally-known folklorist. In Esther’s Story, her rich combination of Biblical text and oral legend illuminates the origin of the feast of Purim. As this retelling of the Book of Esther unfolds, narrator Linda Stephens’ voice conveys the remarkable strength, beauty, and wisdom of a fabled queen.

Disapointing! Recitation of fact;. no story.

Expected a story including life and culture of that time. This has none of that... only a quick recitation of basic facts. Don't waste your time and money. I hope Audio will issue a refund.