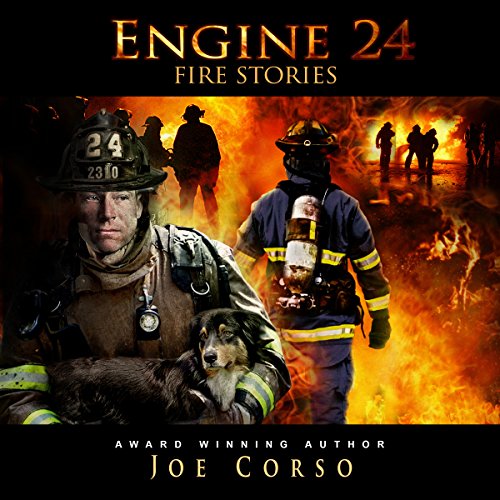 Every firefighter has a treasure trove of interesting stories to tell and the stories more often than not are instructional, as well as exciting. When I was a firefighter, I kept notes of the fires I responded to. Now that I am retired, I have reflected on my career as a firefighter and have written a book about the men alongside whom I worked, facing dangerous situations daily.

This book is a compilation of five FIRE short stories written between 1964 and 1972, from notes I wrote after returning from fires.

"FIRE: Box 598" tells the tragic story where 12 New York City firefighters lost their lives in a fire. The short book won the Readers Favorite 2013 award in the short story category.

"FIRE: Trapped on the Fourth Floor" takes place in the mid-1960s and was written from notes I took after the fire. While the story was still fresh in my mind, I added a sub-story about a friend of mine who I worked with in the FDNY. While searching through boxes I hadn't opened in decades, I came across notes about the day I drove my buddy Joe Black to the hospital and I decided to honor his memory by including a few words about what happened that day in this short story.

"FIRE: The Bouncing Lieutenant" occurred at the Keneret Restaurant cellar fire on Jane Street in lower Manhattan and was taken from notes written by me almost a half century ago. As I wrote this story, the memories of that night came flooding back in vivid detail. I hope that I have successfully captured and conveyed the drama of the moment to the listener.

God Bless the NYFD... and all our public defenders

Absolutely... Most of my friends are New Yorkers... they'd love this, because it's TRUE stories of the best of the best. To add to this, my father was a New York City firefighter with 43 Hook & Ladder in upper Manhattan. This book took me back to the days when he told his stories... and brought me to the firehouse to meet his "brothers".

It was a great combination of the drama and terror of a fire and life in and around the firehouse... as experienced by Joe D'Albert (aka Joe Corso) an NYFD firefighter in the turbulent 60"s and 70"s in downtown Manhattan... the Village. Joe's stories bring the perils and personalities of a special breed of public servant. I love stories of the NYFD and this one is/was top notch. I can't wait to hear the next volume.

Wow... this is hard. The book is told as a narrative in the first person from the perspective of Joe D'Albert, a larger than life, genuine New Yorker... complete with all the accent, attitude and urban charm of a man's man. But I also loved the voices around him... Bill, Joe Black and Captain McLaughlin, with his trace of an Irish brogue. Benelli seems to be a master of characterization. You can distinguish the participants without the drudge of a million "he-saids" or "she-saids" that ruin the transition from printed books to audio productions. In summary... I liked 'em all!

This book definitely tugs on your emotional duffel-bag. I'm pretty sure I didn't laugh out load or shed tears but it brought me back to some sad times. My dad attended the funeral of the 12 brave firefighters lost while responding to the infamous Box 598 alarm in the 60's... That one hurt. I was just a teenager, but I still remember my dad crying... not a sight I saw very often. Then there were the "pranks" that all firemen pull... and endure. I know I smiled listening to those. The "peanut butter" incident was hilarious. I wonder if I could get away with something like that with my buddies.

I've listened to a lot of the collaborative works of Joe Corso and Al Benelli... they make a great team... but this was the best to date and I hear there's more "...Fire Stories" coming. Can't wait!