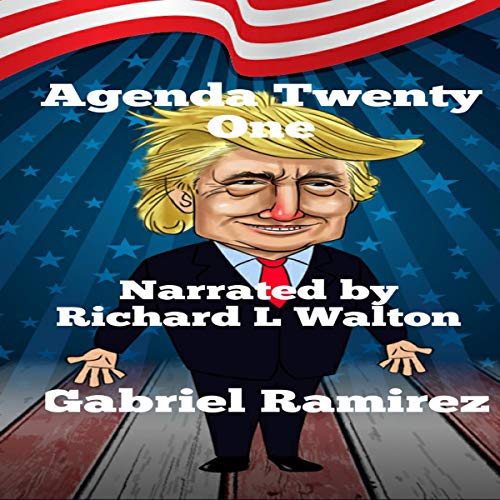 By: Gabriel Ramirez
Narrated by: Richard L. Walton
Try for $0.00

A society designed to keep people busy so they have no idea what is going on. Sadly, I don't think people will wake up until it's way too late.

So, after watching the movie Endgame, I found it interesting that with a snap of his fingers, Thanos can eliminate almost half of us humans for population control. It was a bit scary for the simple fact that it can be real instead of a snapping of a finger by spread a deadly virus.

During my research, Thanos in real life is not a person or an eight-foot-tall alien. It's a factual set of documents called Agenda 21. It has to be one of the scariest research I've seen because I know this is what they have planned for us.

They are, at the very least, giving people a worst-case scenario in the movie so that they accept some lesser measures in real life. Infinite War is the rapture about people and star seeds going to the next four and five dimensions.

very interesting some great points...made sense makes you think on whats to come, we are living in strange times...

This is just someone's rambling opinion. I was hoping for some actual interpretation of agenda 21.