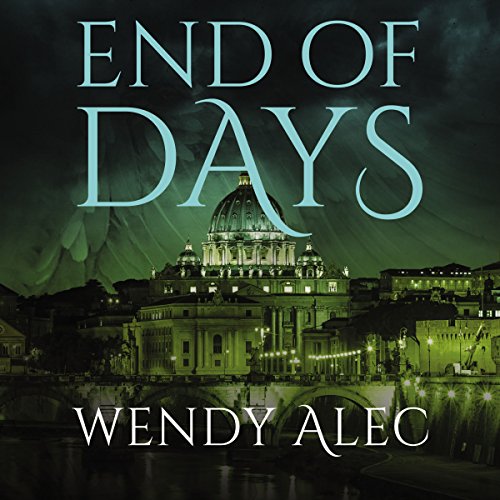 By: Wendy Alec
Narrated by: Nathaniel Brady
Try for $0.00

A man face down in the dirt amid melting Arctic snow, a deep sense of unease but no memory of how he got there - Jason De Vere, once the head of a global media empire.

Found and briefly taken to a safe house, Jason’s soon on the run again - there’s a $50 million bounty if he can be taken alive.

Thrown together with his ex-wife and a crusading young journalist, Jason begins a desperate search for answers. It’s a race against time, a fight for survival - and the stakes are higher than he could possibly have imagined.

Four billion microchips - promising miraculous benefits - are being shipped to population centers around the world. And soon every human being on Earth will have to make a choice…

Chronicles of Brothers is the story of three brothers fighting for the future of humanity. From desert tombs, to the towers of Wall Street, to the ancient past, this super-epic tale reveals the hidden history of mankind and the origins of evil itself.

What listeners say about End of Days

Can’t wait for the next book! I have read the books and downloaded the audiobooks - was great the second time around

Just when I wondered if it could get any better, Wendy Alec does it again! Her books are absolutely amazing but End of Days takes the cake! The suspense, the plot twists and the brilliant intrigue kept me on the edge of my seat the whole time. For vast portions of this work I felt like the author was reading directly to me in front of a fireplace. She has done a masterful job of connecting with the reader and bringing you along on a complex and incredible journey. With her glorious wordplay and factual research, she’ll leave you wondering about the true implications of the subject matter. My most enthusiastic & highest recommendation!!!

This book picked up where the other 3 left off but I had very good storyline but I am ver disappointed again that it left us hanging again
just like the last book. I hope it doesn’t take as long for next one to out as it took this serotonin come out.

loved it, great narrator and story. when is the next book coming out, is there a next book?

I loved this book so much I listened to it all in one day I can't wait to hear the next one in the series.

loved it, he was a good narrator
storyline was also good can't wait for the next book

This whole set of books will change your life. The Spirit of the Most High God will lift your eyes to see Him as He is, see yourself as He sees you and draw you into your rightful place in His kingdom. Great workmanship enfolded one the realm of God’s purposes and plans. Jump in!

Please look after yourself Wendy Alec

The whole series is well written and well read .. when will we get the new books I want more !! Great job Wendy !!!

You won't be disappointed. A real thriller!

10 stars! This book kept me craving more, I loved it! Wendy Alec is amazing!

Not sure if I will continue with this series.

It's all getting a bit....Meh! The heaven-hell imaginative plot and characters come crashing down into a plodding family drama when the author gets to earth. I'm just not finding the anti-christ very diabolical and there is no sense of him being the devils son out to revenge his father. And the earthly characters are straight out of some Dynasty soap opera. The divorced couple who are still in love with each other. The naïve innocent child who must be protected. The mixed up gay wild child who literally ends up going straight. The arrogant hero who still doesn't believe in the big G, even after meeting angels. I suppose he is some kind of biblical architype of a doubting Thomas. It's all a bit lame. All the 'heroes' are either related to each other or are globe trotting friends of each other. Oh and by the way all of their butlers, lawyers and chef's etc are actually their guardian angles. And surprise, surprise the mark of the beast which everyone must have...it's a microchip under your skin...not very original and not really the mark of sin which will condemn the damned to the lake of fire. What is it about this under the skin microchip conspiracy, I mean I have about 4 microchips on me everyday, in my phone, my laptop, watch and even my bank cards...why does a chip being under skin seem so devilish. I always thought the mark of the beast would be something that people would willingly accept because they had been deceived by the devil and couldn't resist it or him. Not some atom size chip secretly delivered in an injection that everyone took unknowingly because of a pandemic. Not exactly selling your soul stuff. It have realised that the author is actually probably just too nice a person and she can't actually imagine evil and cannot bring herself to write about how characters would act in an evil way. There needs to be human characters who actually progress through the series from ordinary people to really evil people and who end up damned. But the author is just too much of a christian with a small c to even let fictional characters go straight to hell. I've read about dogs and even cars in Stephen King novels who are more evil and twisted that even the demonic characters in this series. Yes, I think I have just proven to myself that I've lost interest. The one consistently good thing has been the narrator, he has great range.

Edge of your seat read

Loved it. Can't wait for the next book. Was sorry it ended! Wonderful weekend read.

Get the next one out

Was a great story. Very well performed. First time I have chosen audiobook for the series. Wasn't disappointed

The entire series is gripping and the detail is so creative. Simply a spectacular read

This would work better as a screenplay

The story leaps about and it would lend itself to this media. That said the story is well told.

It’s been a long wait, yet Wendy never disappoints. A perfect blend of conspiracy theories, spirituality and reality. Bring on book 6 and the small screen.

By far the best series of books (The Chronicles of Brothers) I have ever read in my 73 years.
Apart from the quality of the story, it also is the best example of the English language we as ex South Africans have ever read

Amazing but could do a little more :)

Loved the story, the plot was engaging and satisfying without relying on a cliff hanger. Also thought provoking about the nature and concept of angels in the world. Looking forward to the next bottom.

My only gripe was that at points the story felt rushed, it didn’t really explore the implications of the plot as much as I would have liked. For instance what is the world’s reaction to genocide before the mark? Little things that more detail would have been appreciated.

Overall good though, I commend the writer, the speaker did well, seemed to struggle at times with characterising each voice (.e.g. Storm’s little girl quality, good Scottish accent though) but overall good.