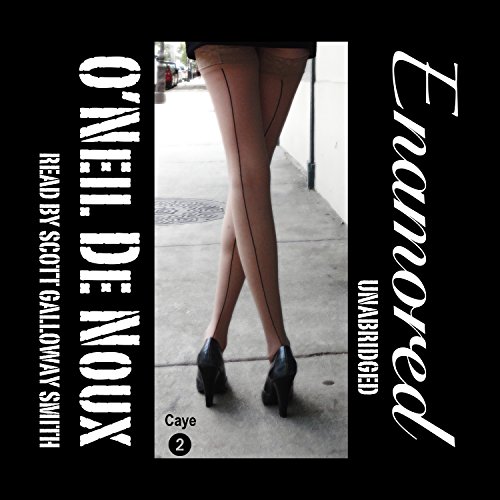 This is New Orleans - 1950. She crossed Canal Street from the neutral ground, walked right past Private Eye Lucien Caye, and he watched her come and go, both views unforgettable. A woman can do that on occasion, sear an indelible image in a man's mind. She remained a snapshot until a week later when she stepped from the darkness beneath the balcony of Lucien's building shortly after midnight, on a sultry Thursday night.

Thus begins a most elusive case, a case of obsession and murder, a case that will baffle Lucien, intrigue him, make him fall in love - three times. The case of a desirable woman enamored of an undesirable man defies understanding, yet the human heart rarely listens to the human brain. A smart guy like Lucien should know better, but his mind has trouble controlling his libido, much less his heart.

Born in New Orleans, O'Neil De Noux is a prolific American writer of novels and short stories. Much of his fiction falls under the mystery genre described by critics as hyper-realistic, character-driven crime fiction. He has 30 books in print and over 300 short story sales in multiple genres.

Mr. De Noux's writing has received numerous awards, including the prestigious Shamus Award for Best Short Story (Shamus Awards are given annually to recognize outstanding achievement in private eye fiction) and the Derringer Award for Best Novelette (Derringer Awards are given annually by the Short Mystery Fiction Society to recognize excellence in the short mystery fiction form). De Noux's novel John Raven Beau was named 2011 Police Book of the Year. Two of his stories have appeared in the Best American Mystery Stories anthology (2013 and 2007).

O'Neil De Noux was the 2012-2013 Vice-President of the Private Eye Writers of America.

What listeners say about Enamored

You can't go wrong with a Lucien Caye novel

If you could sum up Enamored in three words, what would they be?

Steamy, fun, lagniappe (if you don't know or aren't from New Orleans... look it up).

As a matter of fact it did, just one thing after another, the way a good book should be.

I like it all but did think any scene in which Lucien's neighbor John showed up in was fun.

A New Orleans in the 1950's like you never imagined

Give this one a try, I certainly like it.

Not your classic PI

Would you listen to Enamored again? Why?

Yes, I really like Lucien Caye and I love New Orleans. This book take you back to the way it was in the 1950's.

There were so many parts I liked it is hard to choose one.

What about Scott Galloway Smith’s performance did you like?

Mr. Galloway helps bring the story alive. Although I thoroughly enjoy De Noux's writing, it is alway fun to have hear the character's and not just imagine it in my head.

This New Orleans PI makes you wish you could walk in his shoes.