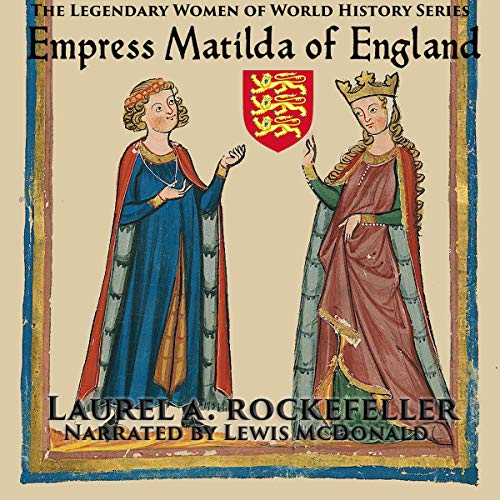 By: Laurel A. Rockefeller
Narrated by: Lewis McDonald
Try for $0.00

Born in 1102 to King Henry of England and Queen Matilda of Scotland, Matilda's uniquely royal Norman, Saxon, and Scottish heritage was meant to unify an England still divided by her grandfather's conquest in 1066. When the 1120 White Ship Disaster made her the only surviving child of her parents, Matilda suddenly became heiress to the English throne in a time when the old Saxon Witan, not the king's Will, still decided the succession.

Discover the true story of the first woman to claim the throne of England in her own right and be inspired!

What listeners say about Empress Matilda of England