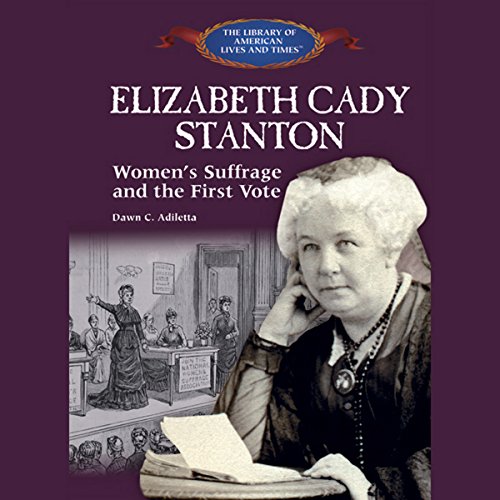 American women were first allowed to vote in 1920. The quest to secure that right began in 1848, when Elizabeth Cady Stanton and others held the Seneca Falls Convention in Seneca Falls, New York. Over the decades that followed, Stanton tirelessly wrote, petitioned, and lectured on behalf of securing not just the ballot, but also equality for women in the workplace, in schools, and within America's legal system.
©2005 The Rosen Publishing Group, Inc. (P)2009 Audible, Inc.

I guess this book was meant for young readers. It was very interesting to read about her life; I'm glad I know more about this fascinating woman and the subject of sufferage. But I would like a more adult, indepth study of her. Haven't found it yet.