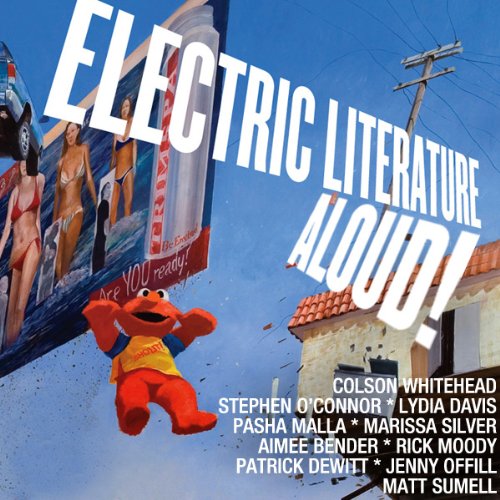 Electric Literature Aloud! is a compendium of 10 short stories from the anthology series. The editors select stories with a strong voice that capture readers and listeners and lead them somewhere exciting, unexpected, and meaningful.

In Electric Literature Aloud! Colson Whitehead charts the rise to fame of a truth-telling comedian. Stephen O'Connor transports us to a cabin in the woods, where a young woman attempting to finish her dissertation in solitude becomes increasingly convinced she's not alone. Pasha Malla follows a young writer as he explores how tragedy influences art - and how life falls short of it. Marisa Silver tells the tale of three sisters who perceive the truth about their parents through the eyes of some unexpected visitors. Lydia Davis' solitary narrator acutely details the behavior of three cows who live in a pasture just across the road, Aimee Bender introduces us to a young woman unable to summon the desire to sleep with her husband without payment in cash. Matt Sumell's protagonist feels capable of anything but can save no one. Rick Moody charts the rise an fall of a romance via Twitter. Patrick deWitt presents a bleak, funny tale of two movers who are going nowhere. And Jenny Offill chronicles the awkward vigil of a man caring for his terminally ill ex-wife.

" Electric Literature makes me excited and enthusiastic, because it's so forthright and dogged about making sure that they're supporting the really finest prose work around." ( PBS NewsHour)