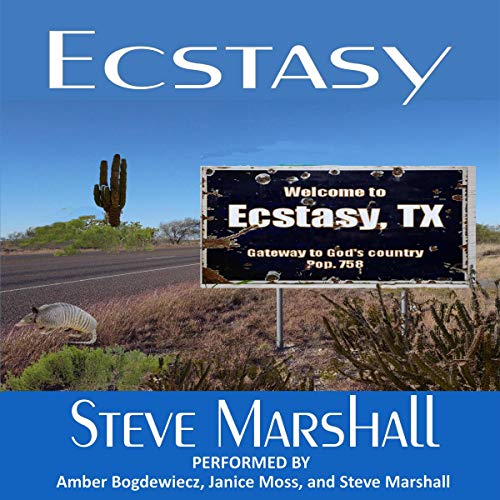 Bobby Palumbo is a low-level bagman for the Brooklyn mob. After he is persuaded to "borrow" $200,000 from his collection bag for 24 hours, he is left on the hook for the missing money. On the run, he hooks up with Frannie Jo Overby, a savvy young girl from the dying Texas town of Ecstasy. Bobby is largely clueless, and it's Frannie Jo who turns out to have the street smarts. She's the one who cooks up the scheme to save Bobby's bacon.

Ecstasy is a fun romp by Steve Marshall, who was a writer and producer for the television classic WKRP in Cincinnati. He also co-wrote the comedy perennial Revenge of the Nerds II: Nerds in Paradise. His other novels include The Johnson Blues and In Larry's Name, Amen, which is also available in audiobook form.

What listeners say about Ecstasy