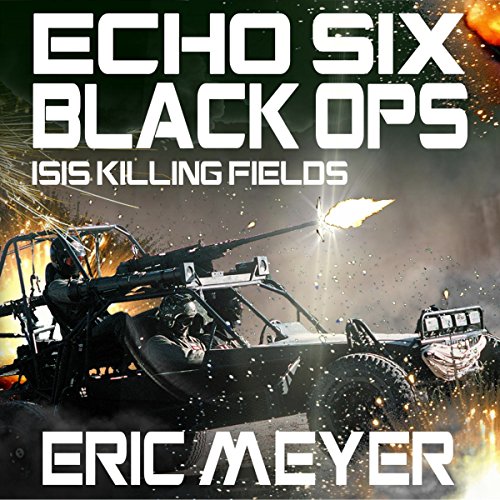 The ISIS strategy is unchanged: to expand their bloody caliphate by means of conquest and slaughter. Yet the tide has begun to turn against the brutal regime. The Russians have arrived in force, along with their legions of aircraft and armor. In spite of this, the Mullahs ignore mounting losses and continue to send jihadi fighters to probe the Syria-Iraq border. Their intentions are clear and unequivocal. Conquer and kill.

Echo Six, the elite NATO Special Forces unit, is on a routine sweep along the Syrian border when they discover a terrible secret. A new weapon of mass destruction is concealed beneath the sands, and the ISIS scheme to deploy their murderous invention is imminent. The plan is to make Iraq the epicenter for a new campaign of planned genocide. A land they mean to make their new killing fields.

The operation to defeat the Islamists becomes a merciless battle against vicious enemies and untrustworthy Iraqi allies. Stakes are high, higher than any they have faced before. The planned annihilation will turn Iraq and Syria into a wasteland. A mass grave, where only the caliphate will survive to rule over a mountain of corpses.

This is another thrilling and bloody story of NATO Special Forces operating behind enemy lines. Men who will go to any lengths to complete their mission, and to die for it if necessary.