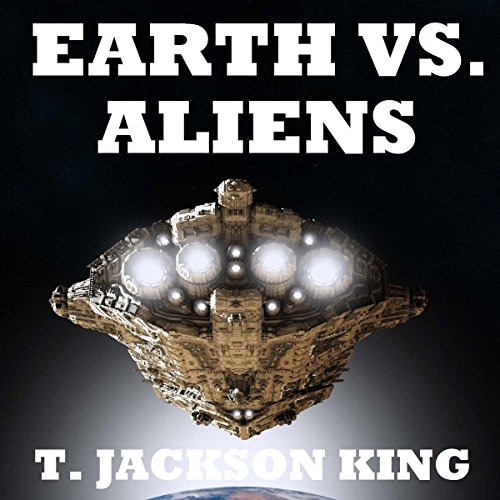 Jack Munroe grew up in the Asteroid Belt and learned to never take anything at face value. In space, you assume, you die. So when Aliens show up in the distant Kuiper Belt, out beyond Pluto, asking for a First Contact 'chat' with his crewmates on the comet hunting spaceship Uhuru, he warns his captain not to trust words but to get the heck away. His evolutionary biology studies have taught him that bright skin colors, shark-like teeth and talons mean these Aliens are star-traveling predators! But that violates the 'feel good' society promoted by Earth's Unity government. A bloody fight ensues and Jack realizes these Aliens are keystone predators aiming to add Sol system to their home territory. Jack leads a battle to ensure Humans will never be slaves to Aliens. If someone has to die to make space safe for humanity, then those dying will be Aliens! This combat Sci-Fi tale tells the story of Jack Munroe, crewman on a comet hunter spaceship that makes First Contact with 'Keystone predator' Aliens in the Kuiper Belt beyond Pluto. When his crewmates die in a trap set by the Rizen aliens, Jack and his buddy Max begin an anti-Alien crusade that defies the social orthodoxy of Earth's Unity government and puts their lives at risk.

What listeners say about Earth vs. Aliens

Eat or be Eaten

King combines ingredients from Star Trek, Star Wars, and old Saturday morning movie serials to create a science fiction casserole that will delight listeners/readers. He borrows the template of British command structure which was so obvious in Star Trek. He also spices his scenes with that "Band of Brothers" ethos that life aboard the Enterprise had. To that base he adds a cast of intergalactic life forms, all sentient, reminiscent of Star Wars. The diversity of characters is well developed, maintained, and made believable King's choice of Somerset Hamilton as narrator. Finally, the author punctuates the rhythm of his tale with one cliff-hanging event after another as was a main stay of Saturday movie action serials. All-in-all, Earth vs. Aliens is great dish for those whose tastes run to space based science fiction filled with action.

This is a very fast paced space adventure with humans battling it out with more than one alien race. Jack Munroe doesn’t start off as the captain of the Uhuru (thanks for that nod to Star Trek) but things go wrong early on for the original captain, Monique d’Auberge. The Polish engineer, Max Piakowski, becomes Jack’s wingman as they quickly assess these new predator aliens and come up with a game plan.

In many ways, this story felt like a really long episode of Star Trek meets Battlestar Galactica meets Futurama. Jack often acts like Captain Kirk in Star Trek but the aliens can be pretty vicious like the Cylons in Battlestar Galacitica. Meanwhile, there are some silly shenanigans and stubborn idiocy by bureaucrats as I would expect in Futurama.

Most of the time I liked the quick nature of the story but sometimes I did get fatigued and wanted a moment to reflect on things or clarify the current score. Also there are a ton of characters in this story. Honestly, I lost track of nearly everyone. I believe there’s no less than 3 alien species introduced and yet I had trouble keeping the individual alien characters separate as well. I do recall Destanu, the first alien they communicate with, and he’s of the Rizen aliens.

The author did do a great job of having both men and women play important roles, even if they messed up. The characters, in general, were flawed and very human. They weren’t all heroes and some made big mistakes. The crew starts off small – only 6. Jack, Monique, Max, Gail (pilot), Hercule (comet expert), and Hortense (biologist). Plenty of other characters are drawn in along the way.

Early on, a chunk of the crew accurately assess the first aliens as predators by simply taking note of their physiology – claws, muscles, teeth, aggressive stances, etc. Initially, I really liked that Jack and his posse acknowledged that they had not stumbled into altruistic morally advanced aliens, but rather predators who were seeking to expand their territory. However, this then becomes the backbone of the story, and in a rather simplified manner. After all, us humans are apex predators and yet we can make alliances and seek something more than territory and resources. So over all, I would have liked more depth and to have the predator aspect toned down.

It’s a fun listen with plenty of action and interesting characters. If you’re looking for a simple humans versus aliens story, then this would be a fun choice.

The Narration: In many ways, Somerset Hamilton did a good job at narrating this book. His character voices were all distinct and his female voices, for the most part, were believable. There were no technical issues with the recording. However, Hamilton does such a realistic job with the various accents that I often found myself trying to figure out what the character just said in that thick (Belgian, Russian, Polish, etc.) accent instead of paying attention to the tale. I would have liked this better if the accents were toned down a bit.

The author insisted on using predator prey references through the entire book that ruined the story.

Couldnt get over the accents, plot is simplistic.

Of the major characters in this book, 2 have french accents, then there is an american with a southern accent, a russian, irish, finn, jamaican, asian, a bunch of alien accents, etc. You could be forgiven for thinking no two characters have the same accent, which is bedlam. I found it very distracting.
The main character also views aliens strictly thru predator/prey or pack mentality, and he is never wrong, or at least he was not 2/3 of the way thru when i stopped listening. As a result, the aliens give a very poor accounting of themselves. They are all bestial and unsophisticated.
Lastly, the author uses the protagonist to spell out his theories and reference. texts that may or may not apply in space while fighting aliens, and he has the typical outsiders distrust of government and just plain other people in general.

Rating as of the 1st 45 minutes

the narrator insists on using accents... Not really sure why they need to have such HEAVY accents ....